The family room was originally a three-season porch that previous owners turned into a family room. The walls were rough paneling that had been painted shabby-chic style. 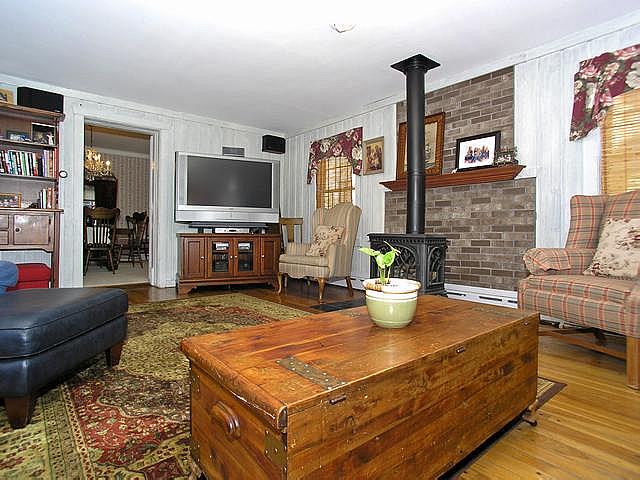 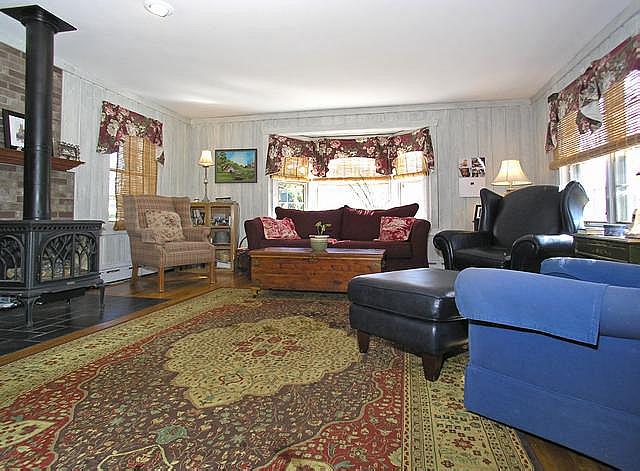 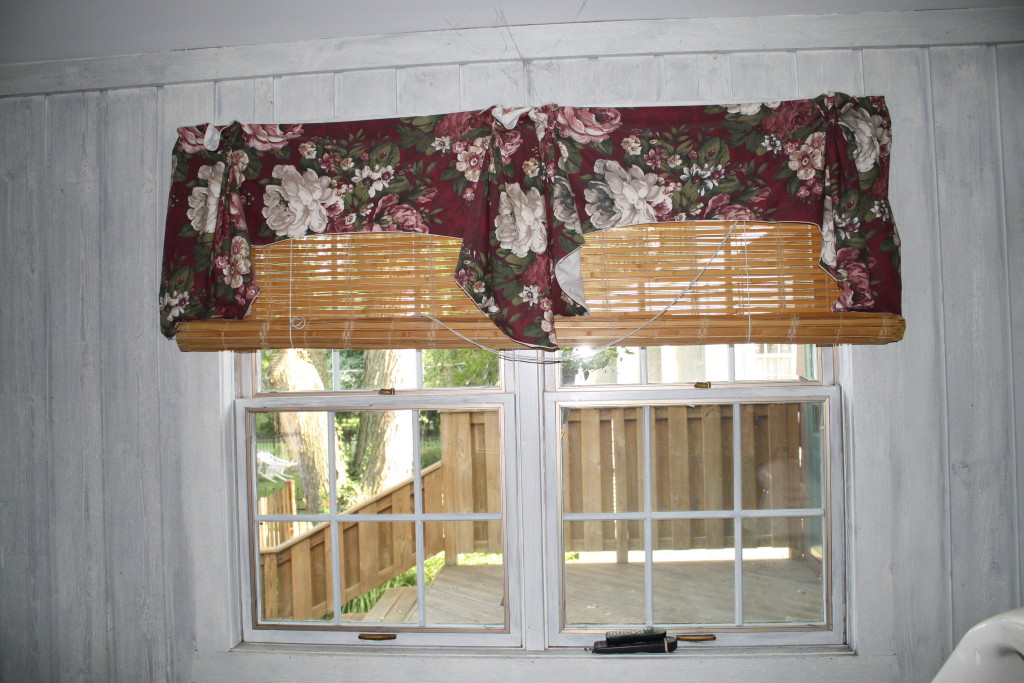 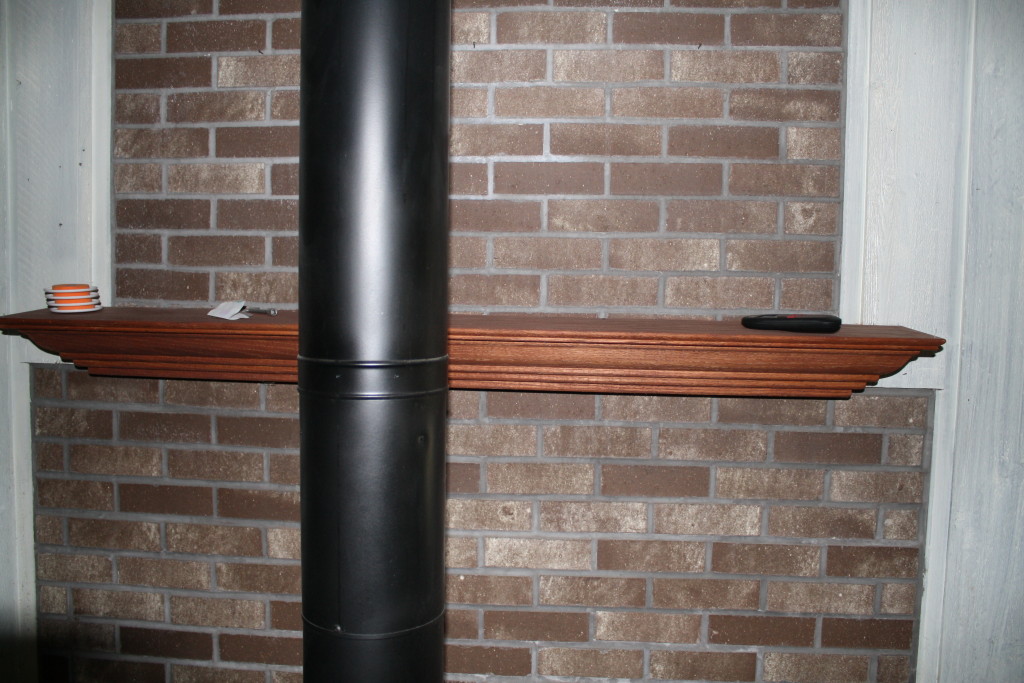 We were originally going to rip out the paneling and replace it with drywall, but we didn’t have the money. Instead, we painted the paneling to buy ourselves some time, ripped off the mantel and painted the faux-brick gray. (We also made an area rug out of the carpeting we had ripped up in the other rooms. Recycling!) My mom made the curtains from Annie Selke fabric, and they turned out great. The Franklin stove, which I was originally just meh about, turned out to be a really cozy feature. We were happy enough with the results that we never did the drywall, and the family room became the hub of our house. 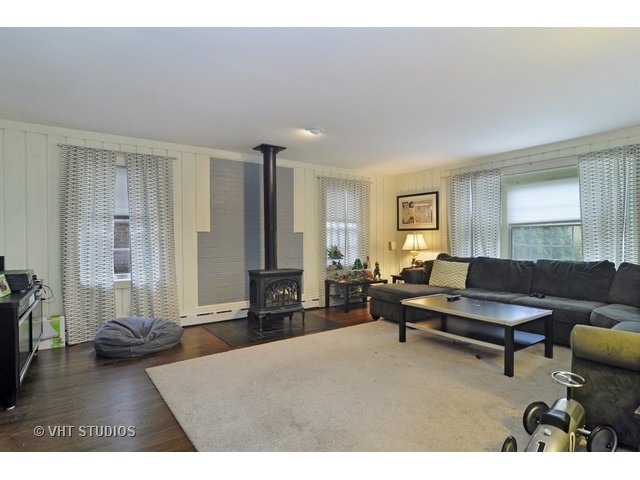 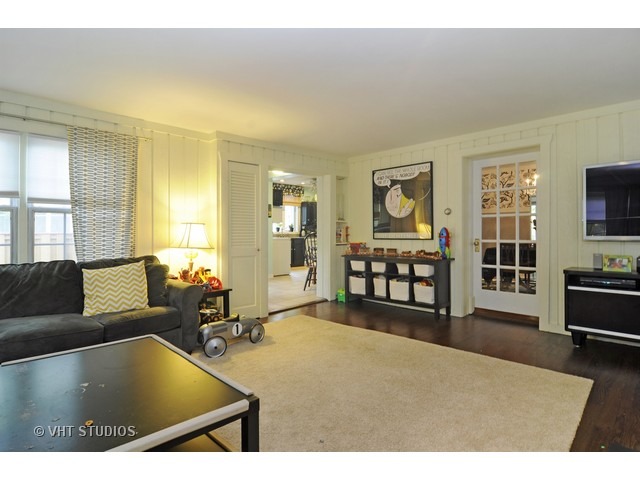