One of the easiest changes was simply brightening up the hardware throughout the upstairs. The brass knobs and pulls were original and quite tarnished.

Here’s a before shot of the closet doorknob (left) 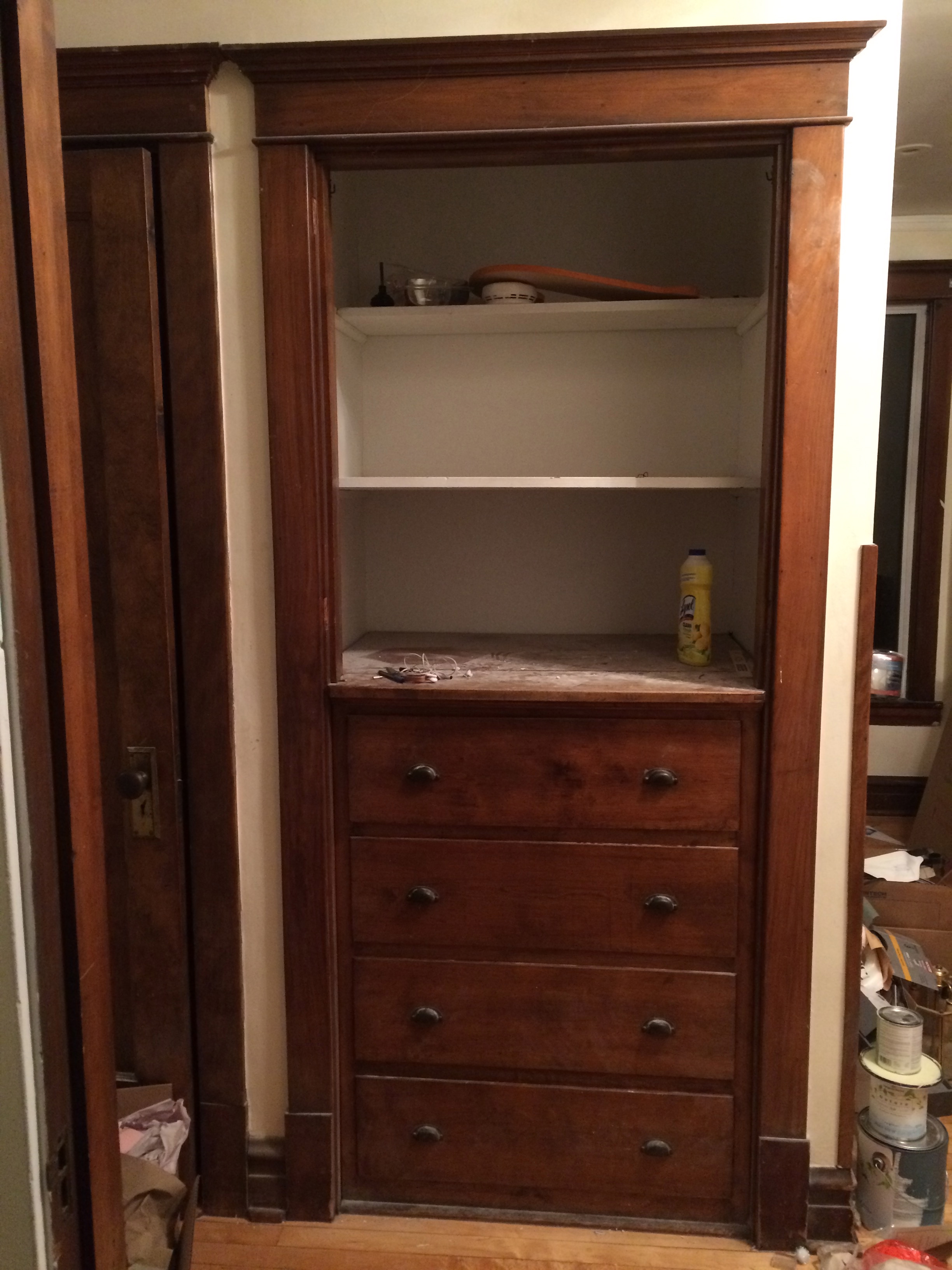 We went at everything with Brasso and paper towel. (Wear gloves.)

Here’s a knob all covered in Brasso 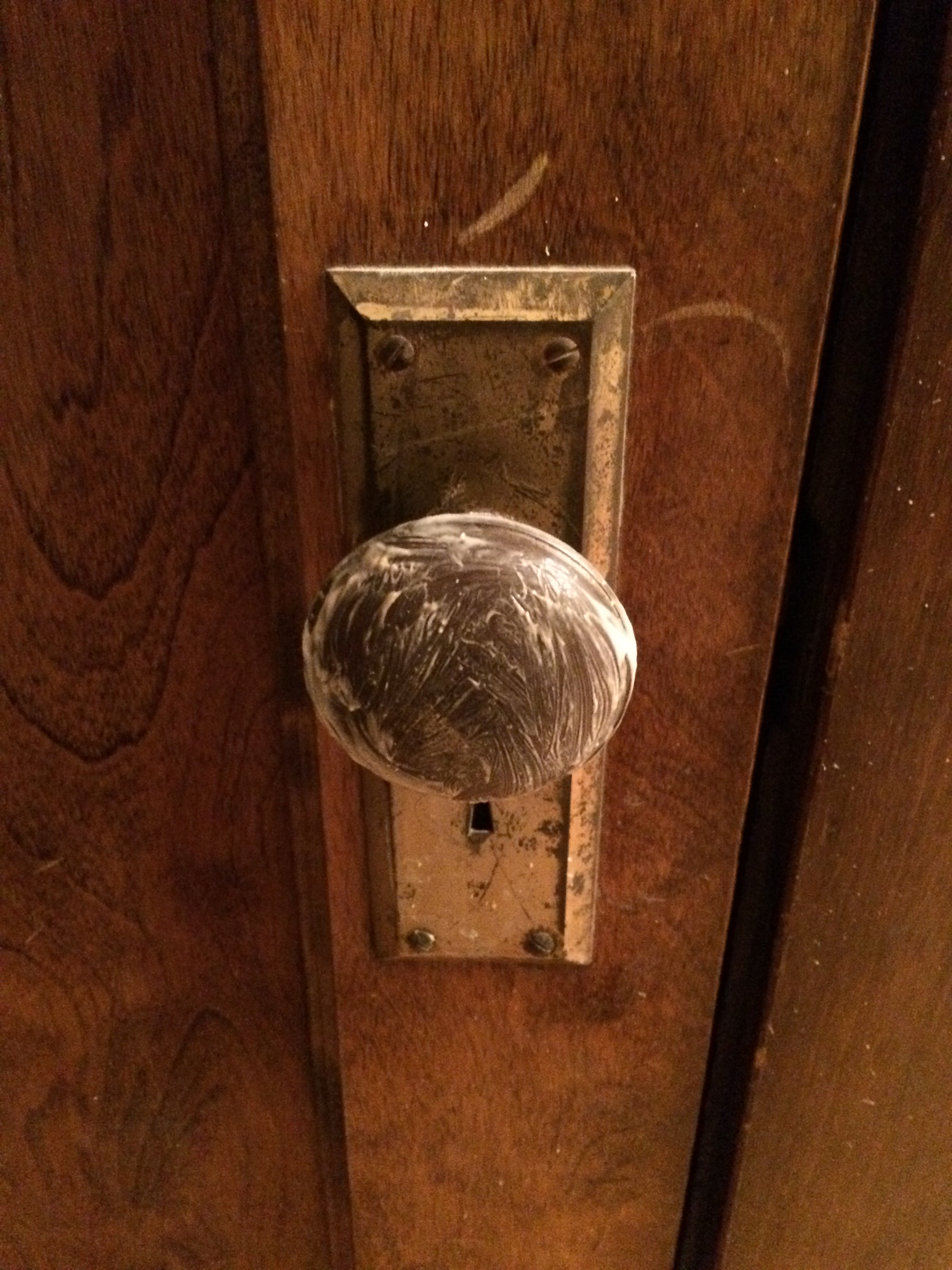 And here’s the final result of the knob in my son’s room. Even though they aren’t perfect, they have character and are much brighter than before. 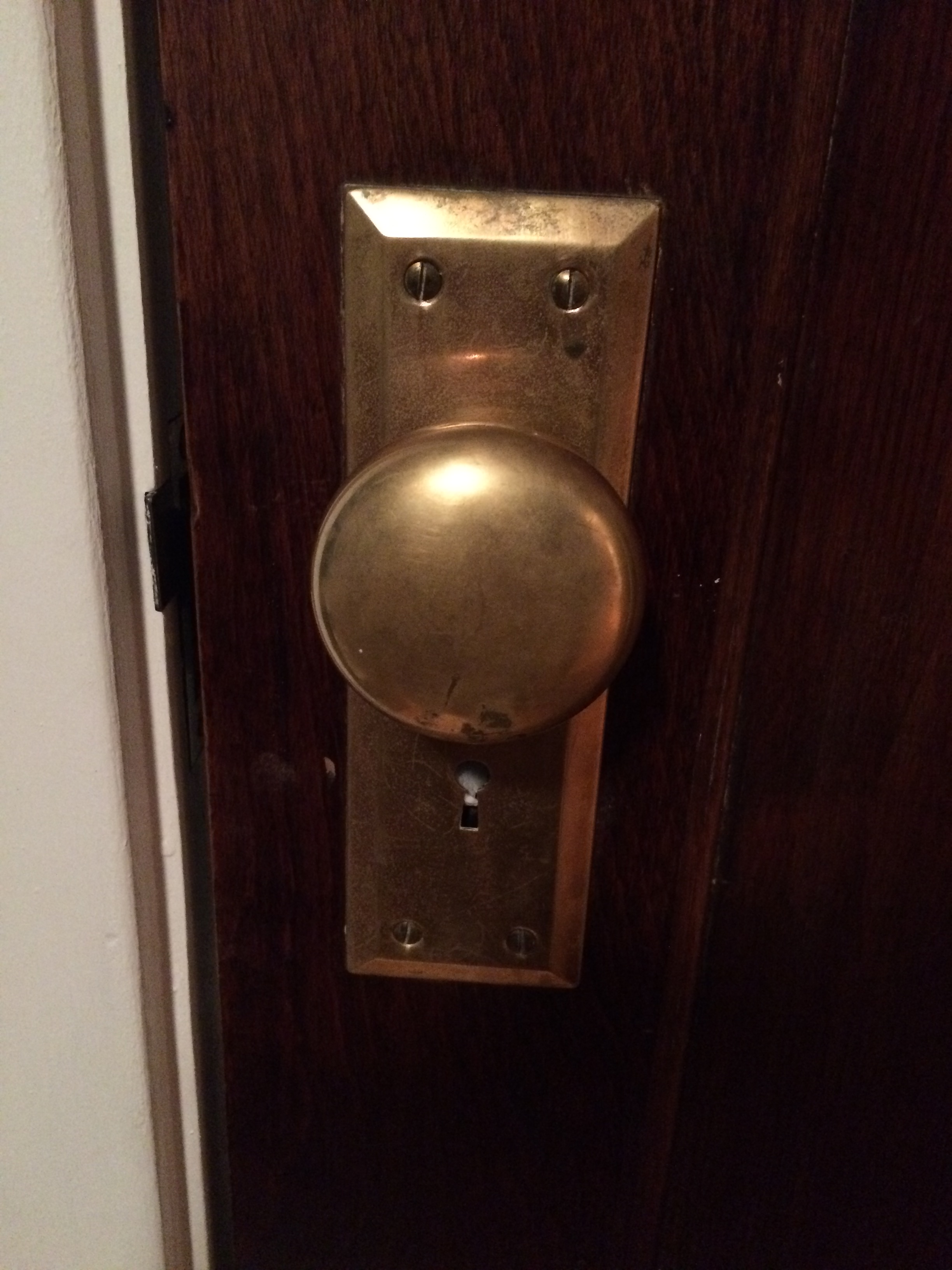 One of my favorite features is the hall laundry chute. I love it, and so do the kids. It’s the one chore I can actually get them to do without argument. Sure, stuffed animals, toy trains, and the occasional dinosaur take rides to the basement alongside the clothes, but whatever.

The only problem was that the chute had lost its hinge, so every time it was opened, the knob slammed into the wall. It had formed a permanent hole. Andy added a piano hinge, patched the hole, and now it’s good as new. 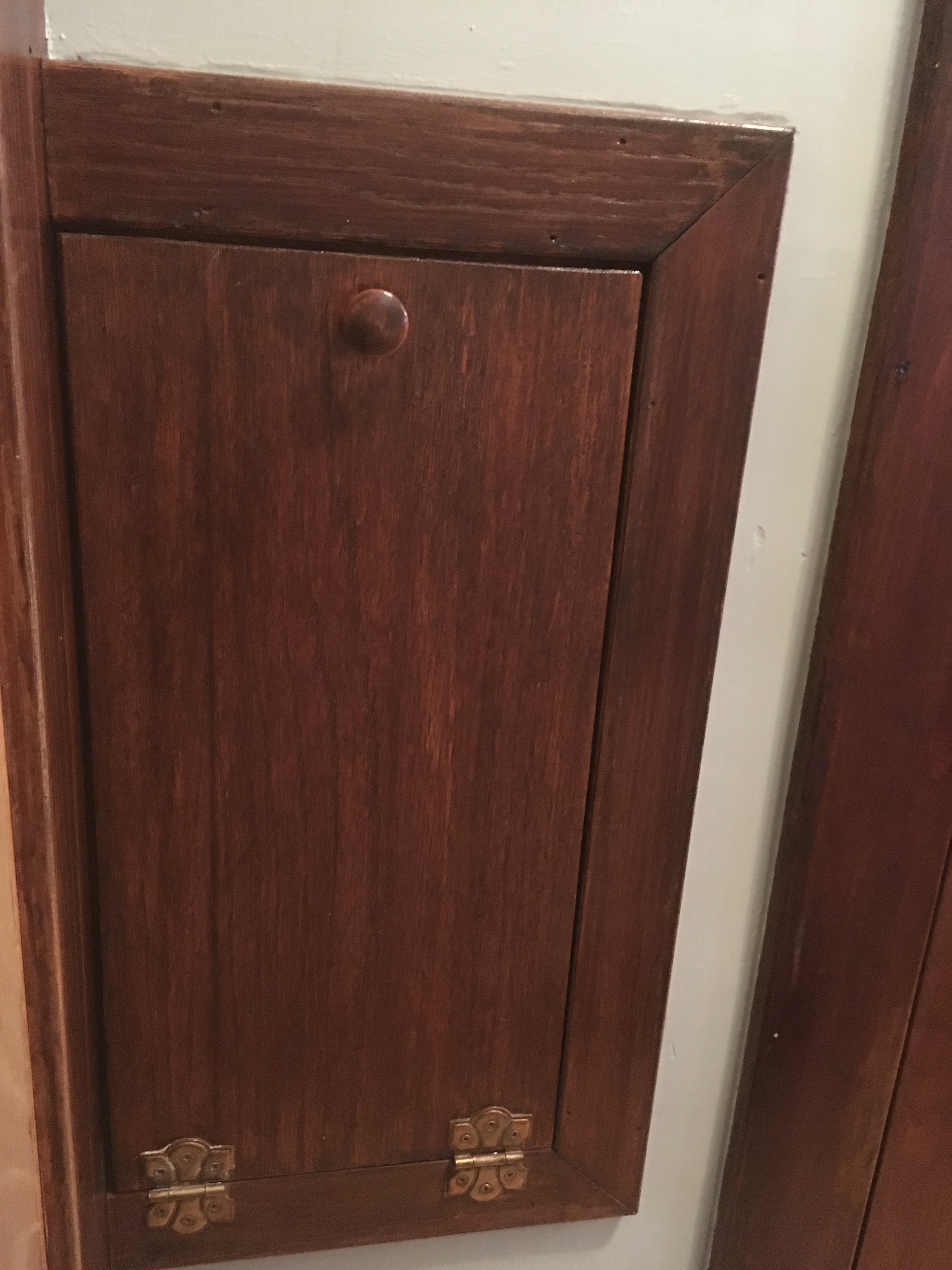