The downstairs hall and staircase took almost a year of stops and starts to fully complete, but now it’s one of the most striking areas of the house. Whenever we’re feeling discouraged about our progress elsewhere, we just stand in the foyer and bask in its glory.

Here are the before and after shots. 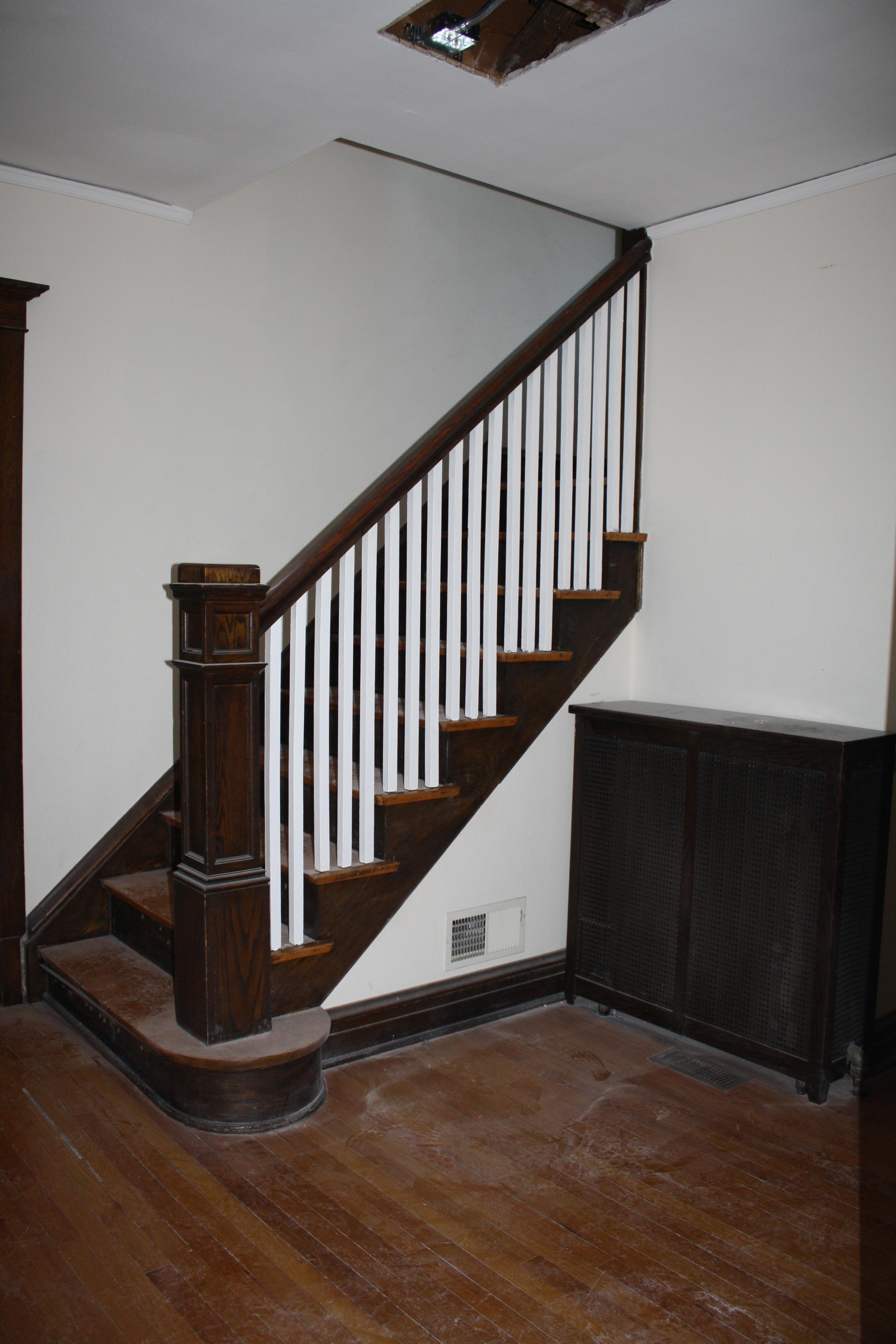 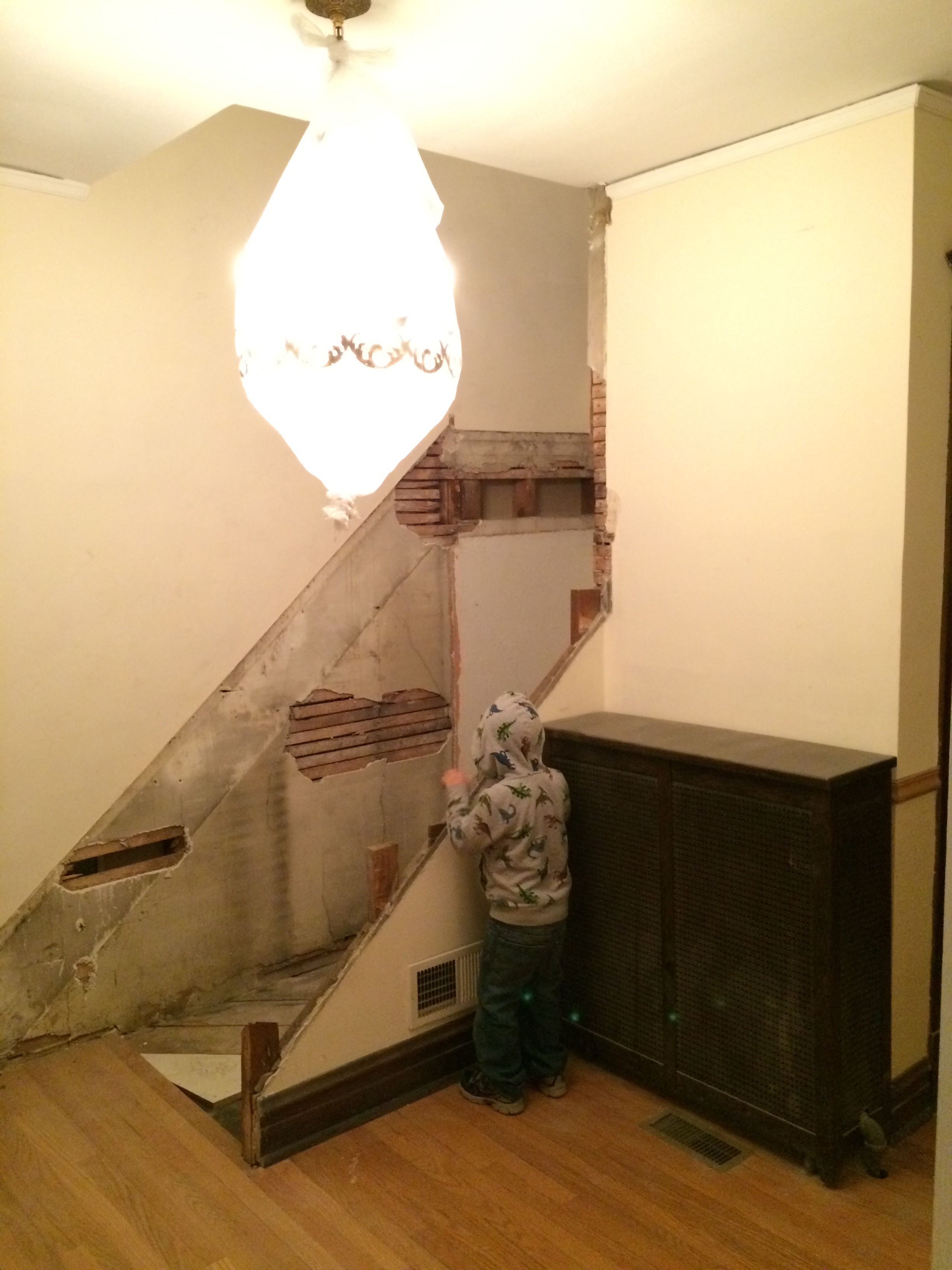 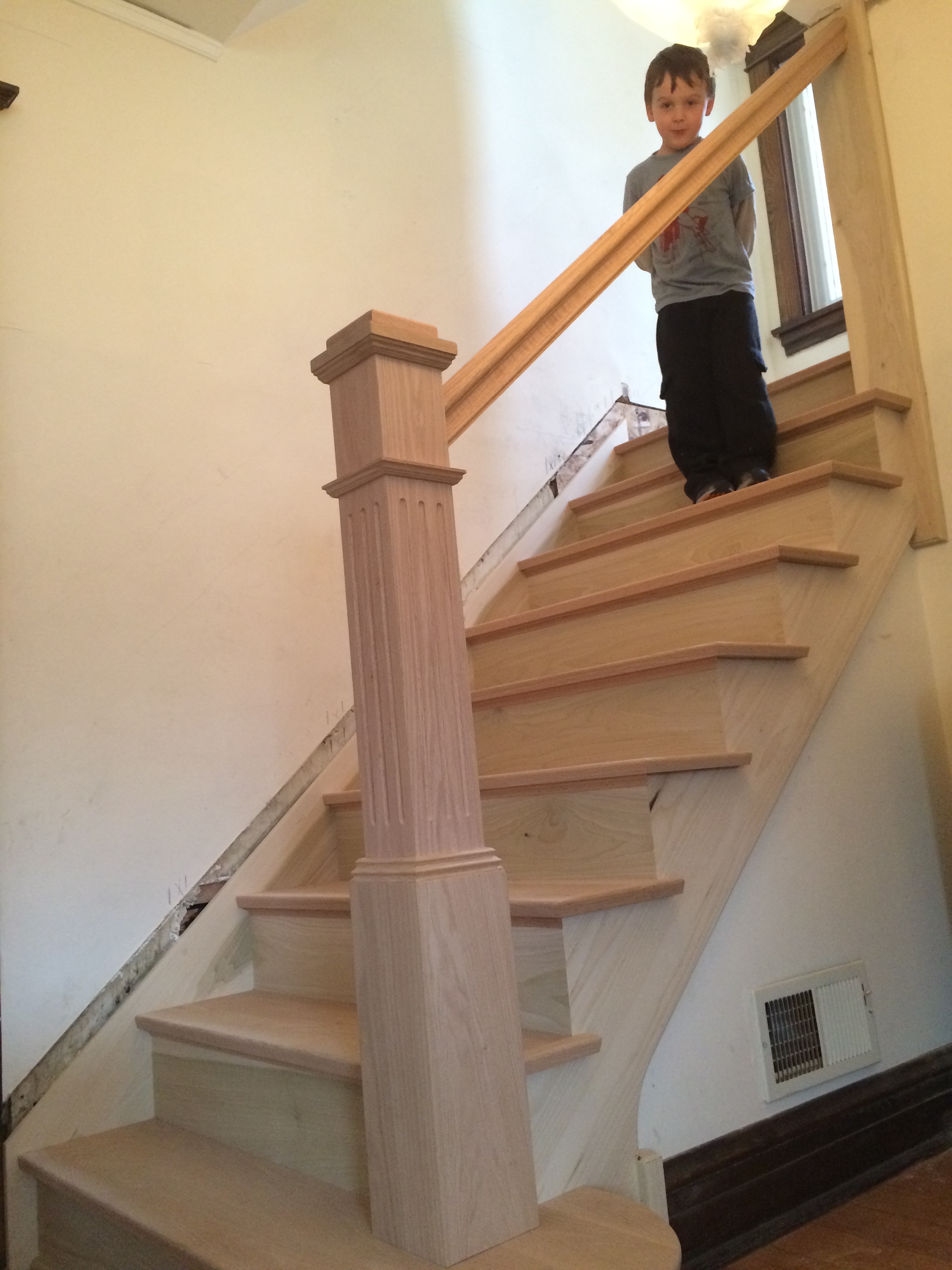 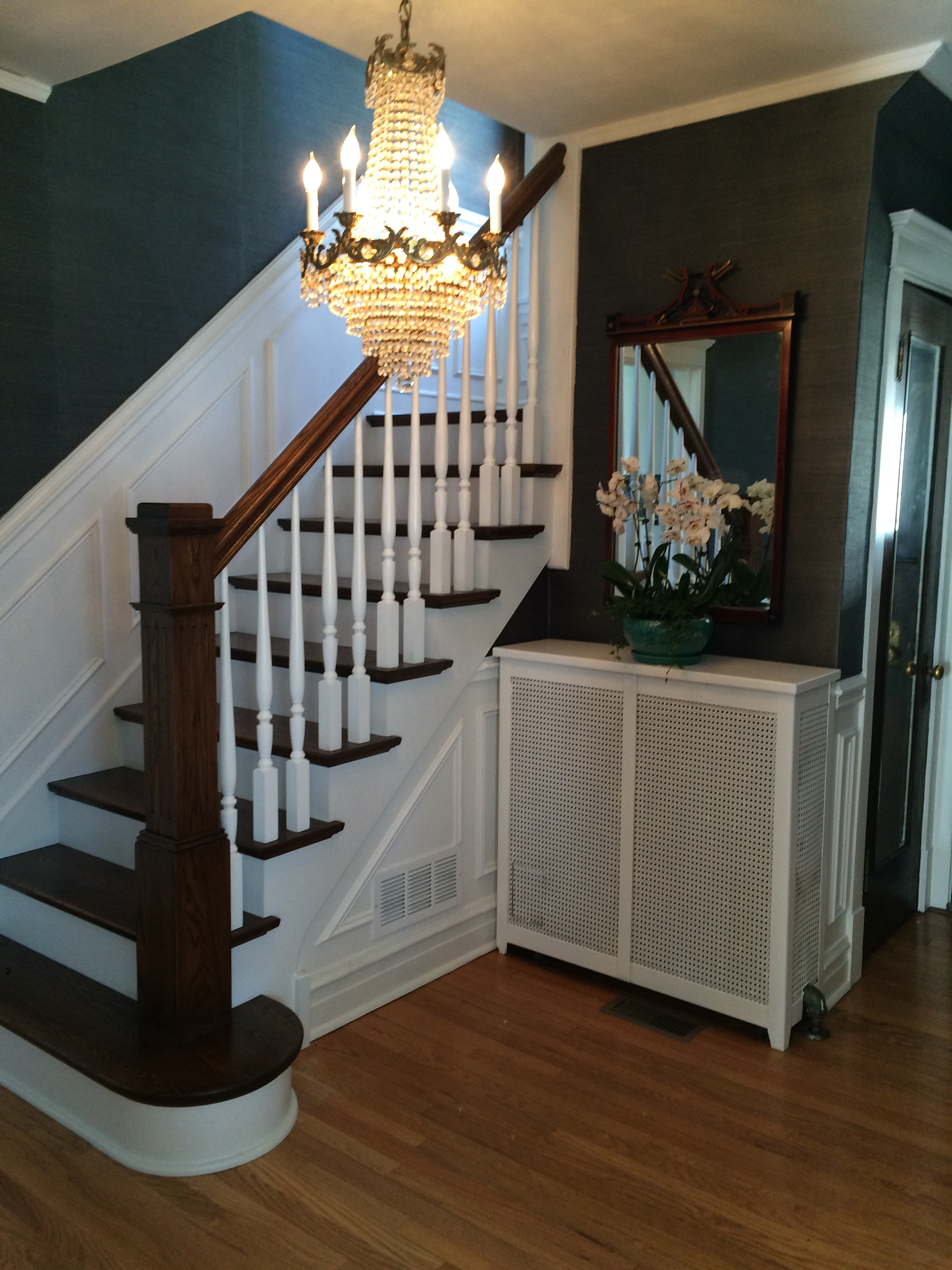 The finishing touches were the radiator cover (which Andy painted the same white as the wainscoting), and a mirror that used to hang in my Grandma’s house.

Before shot up the stairs: 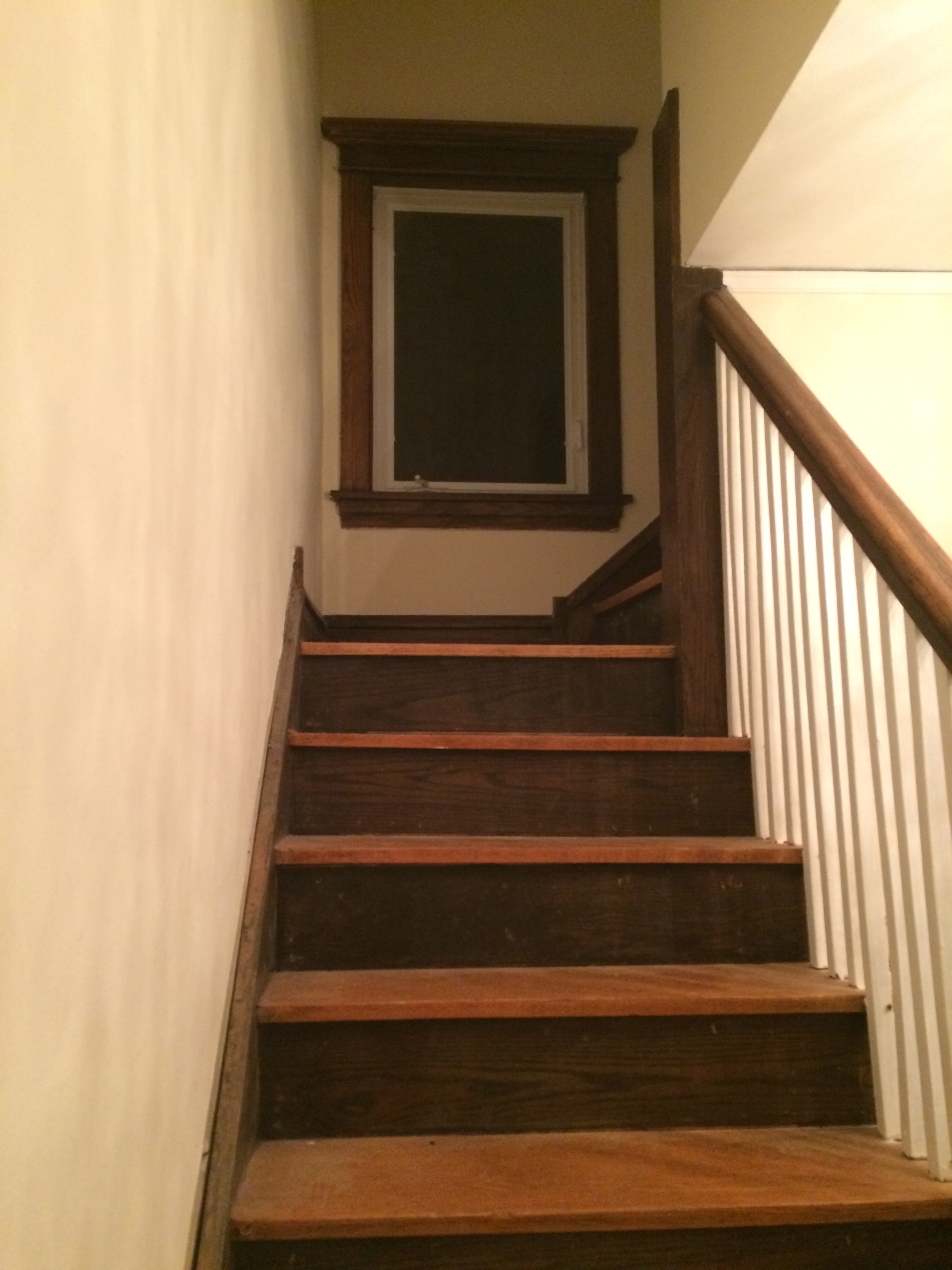 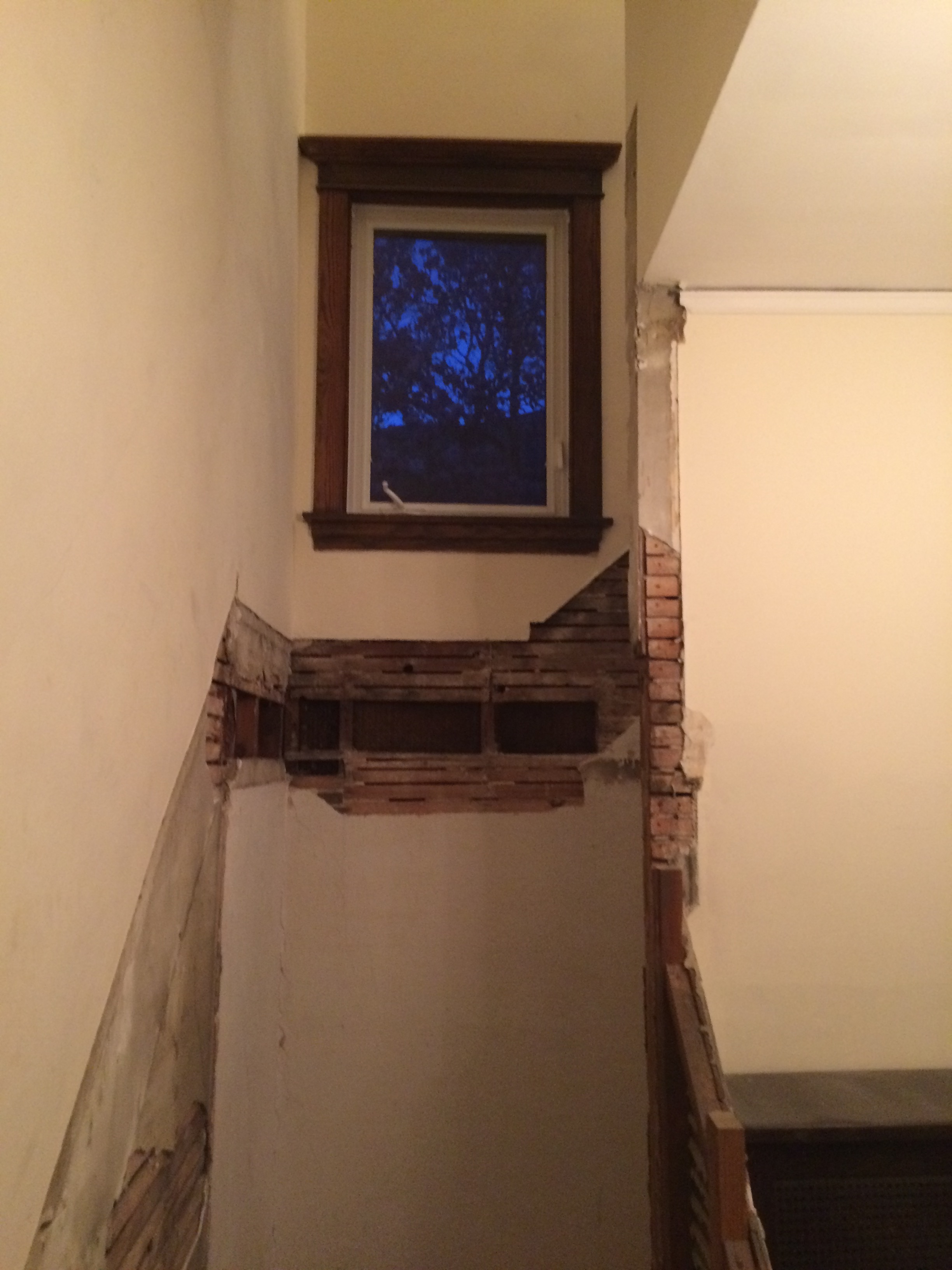 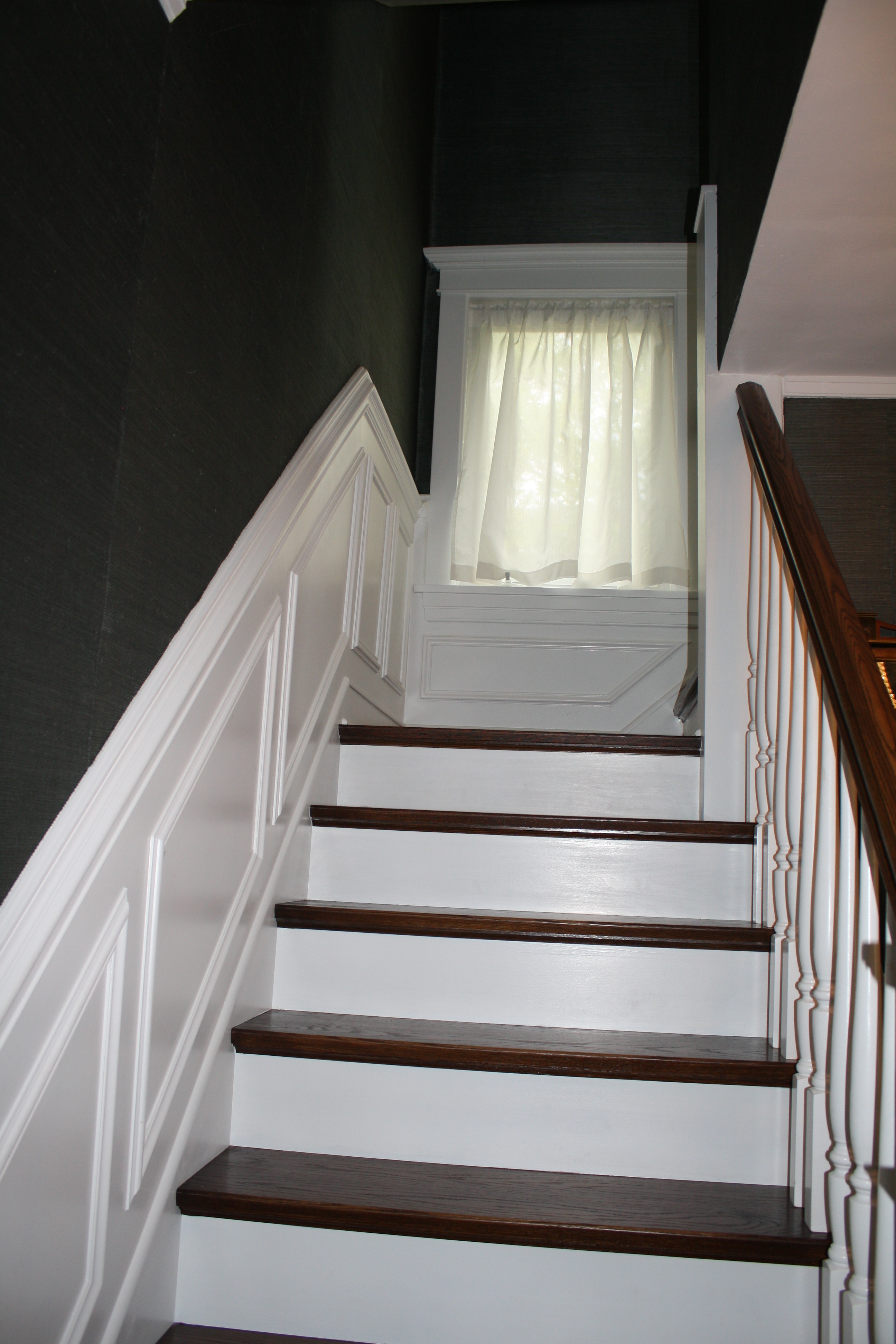 Before view from the landing down the stairs : 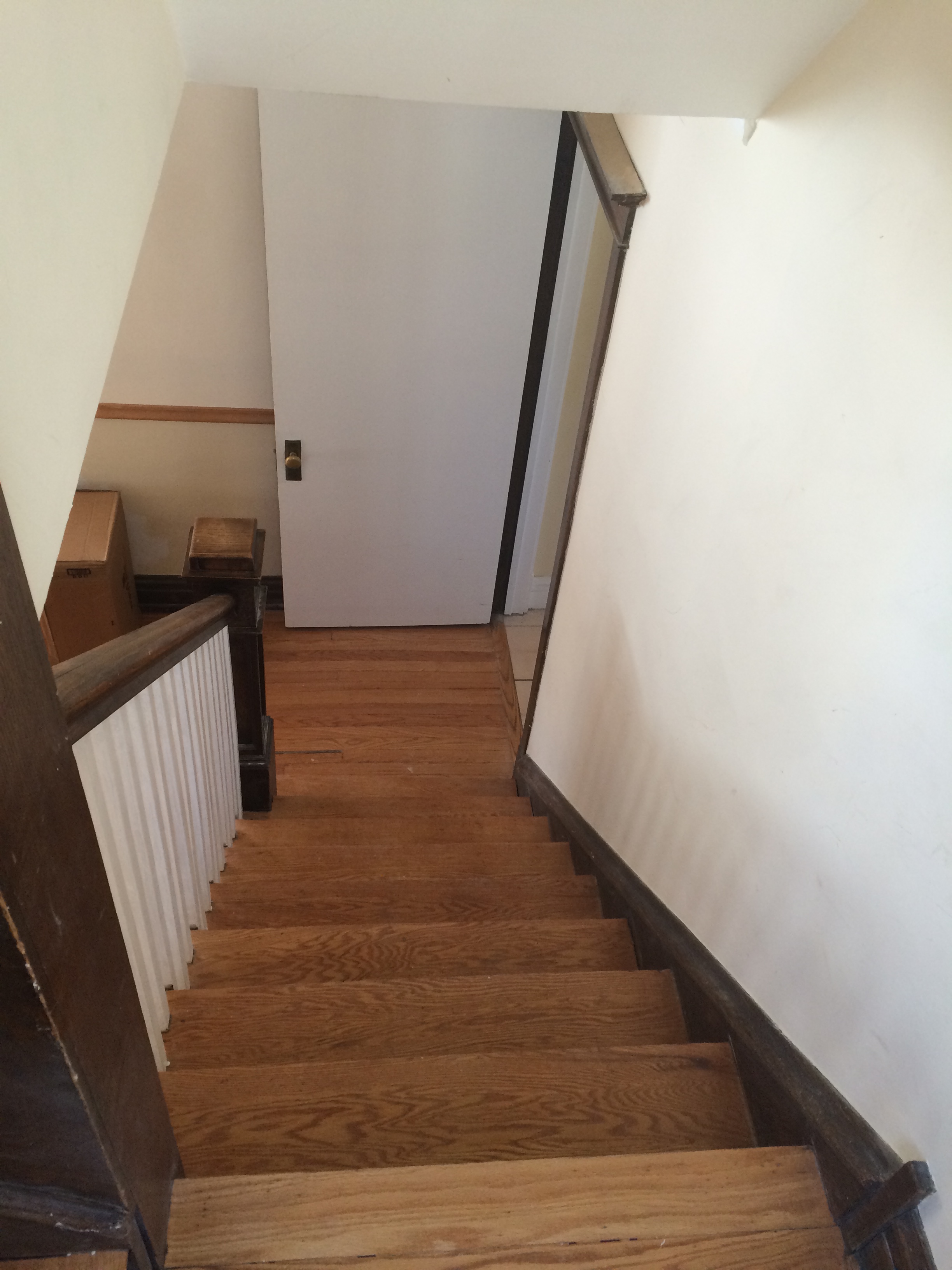 After view down the stairs: 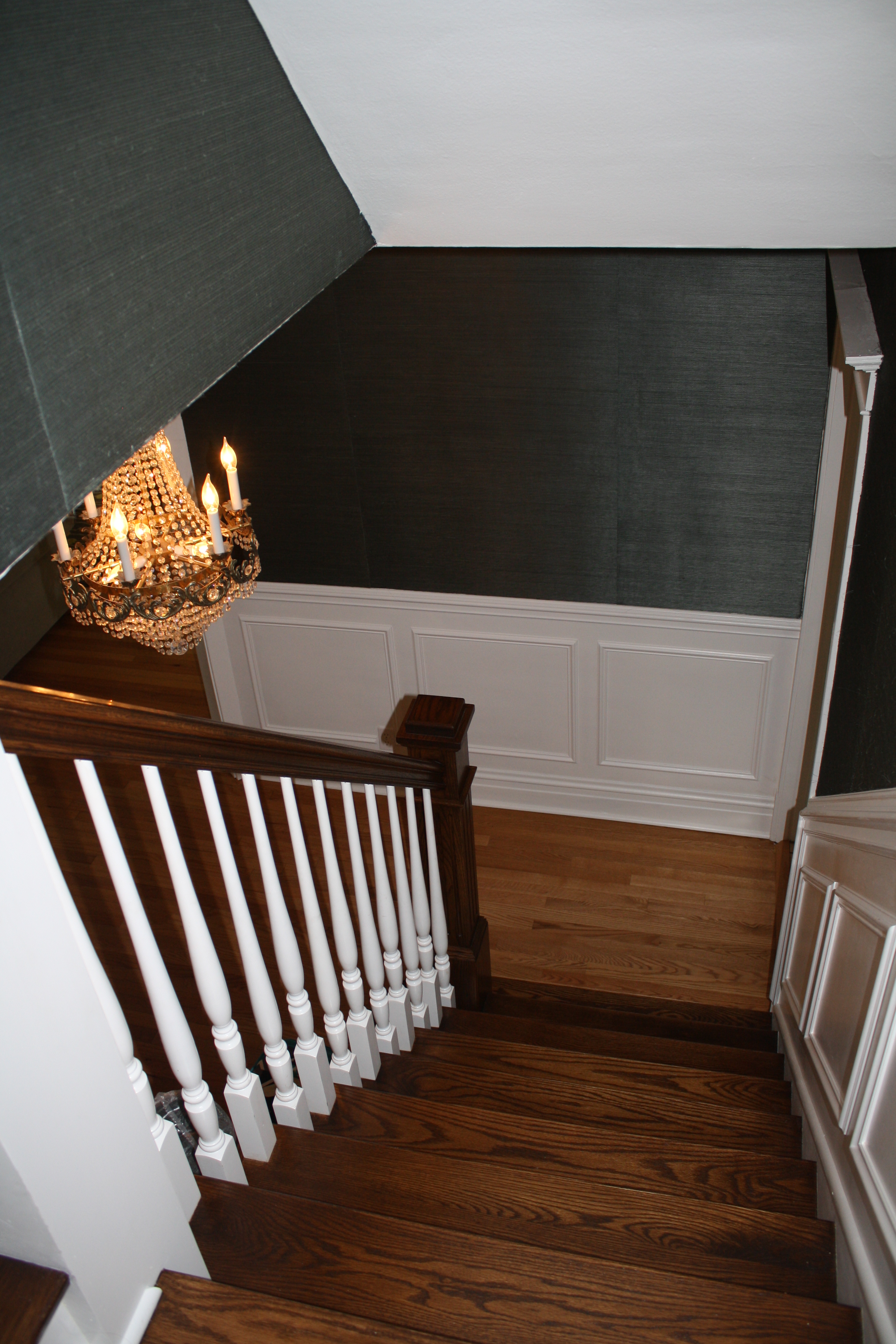 Before view looking down from the second floor to the landing: 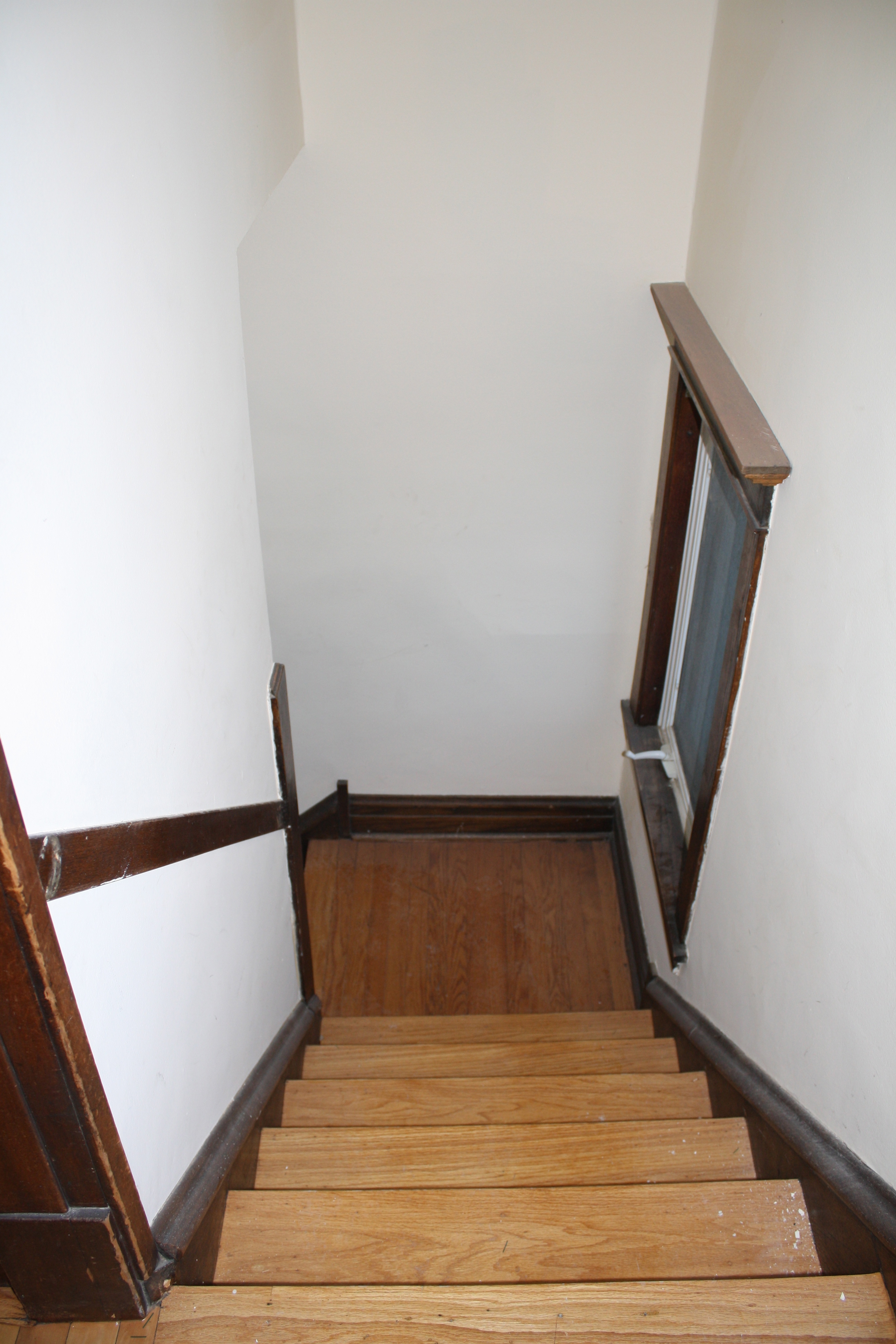 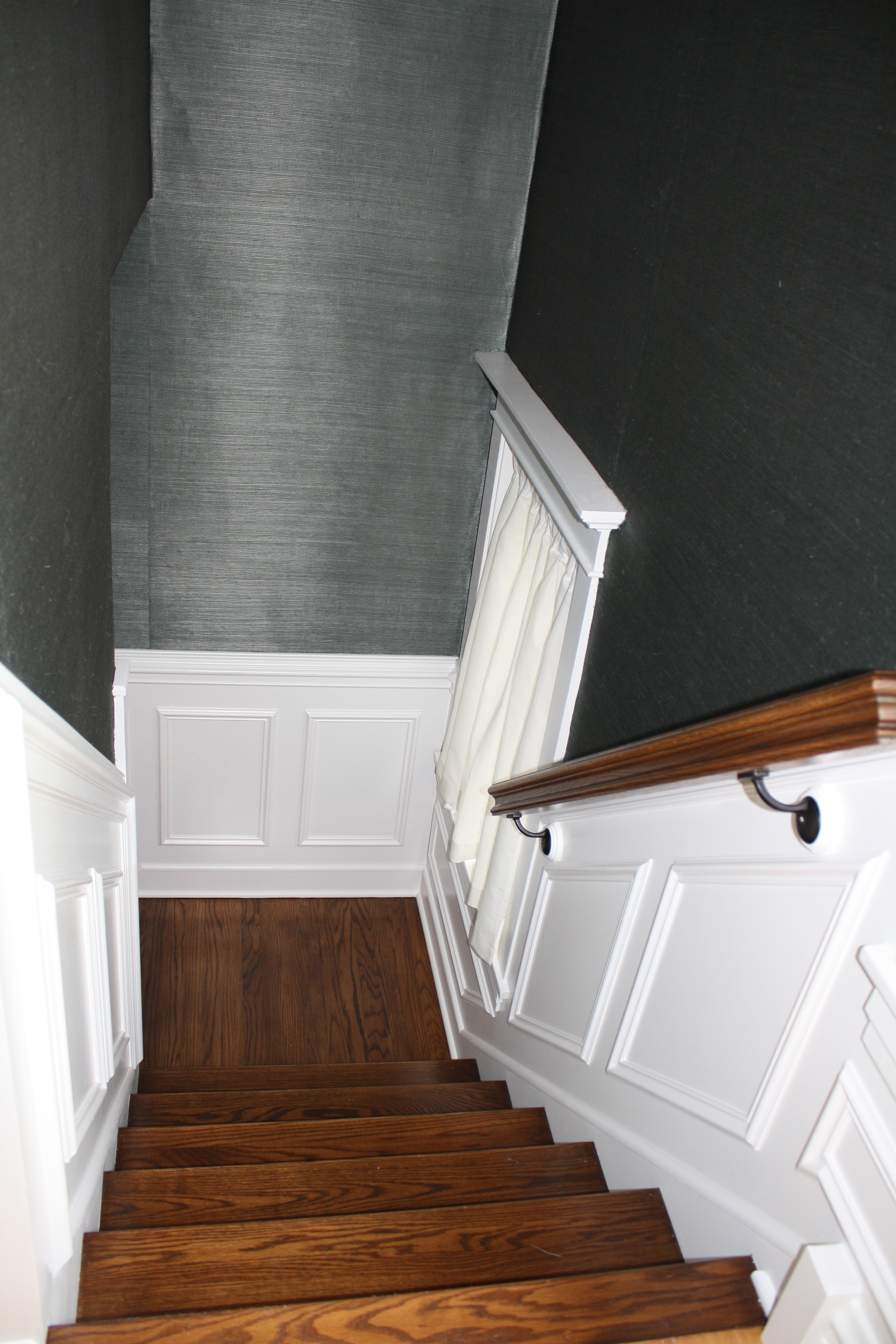 Original view toward the door: 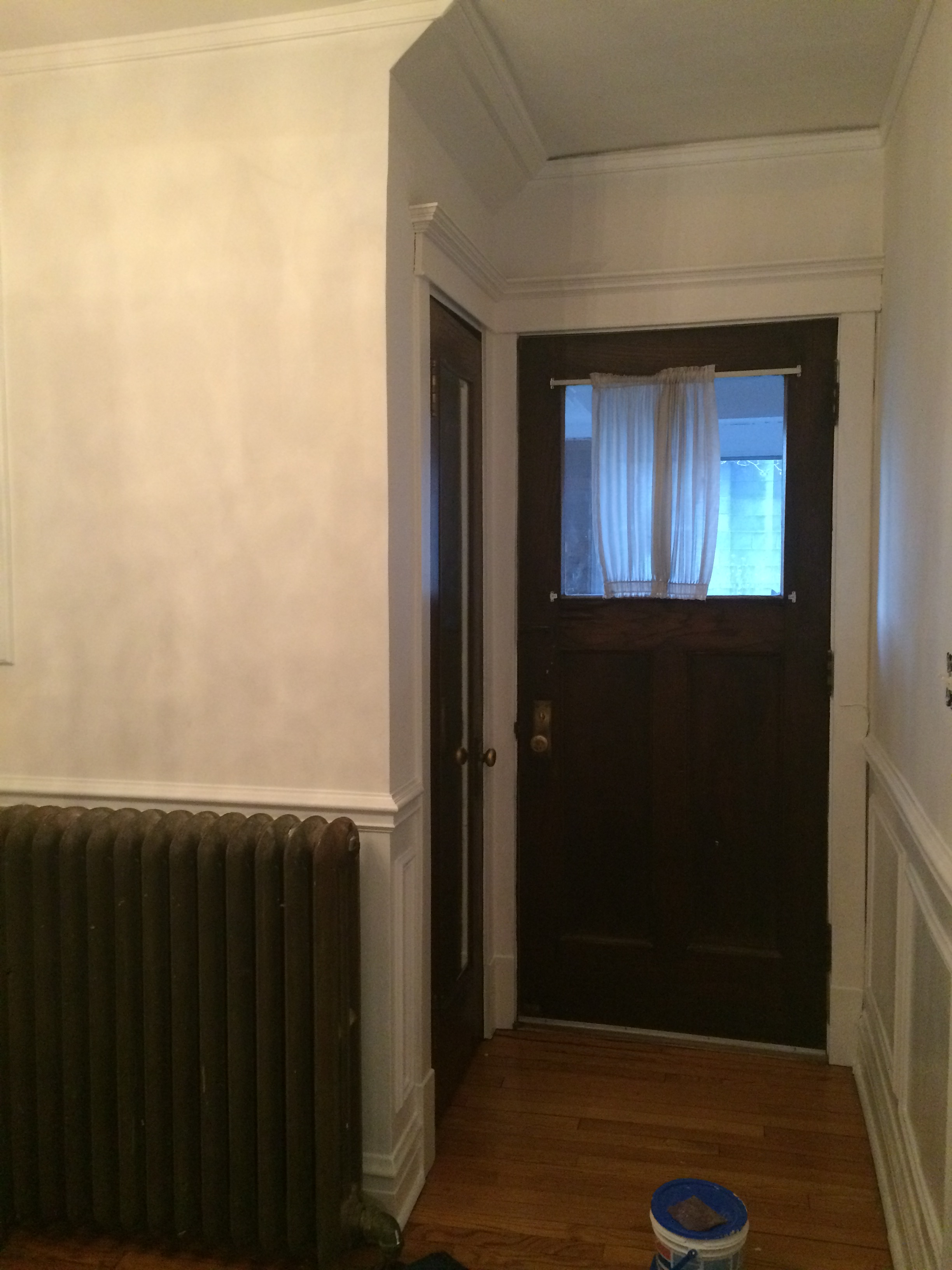 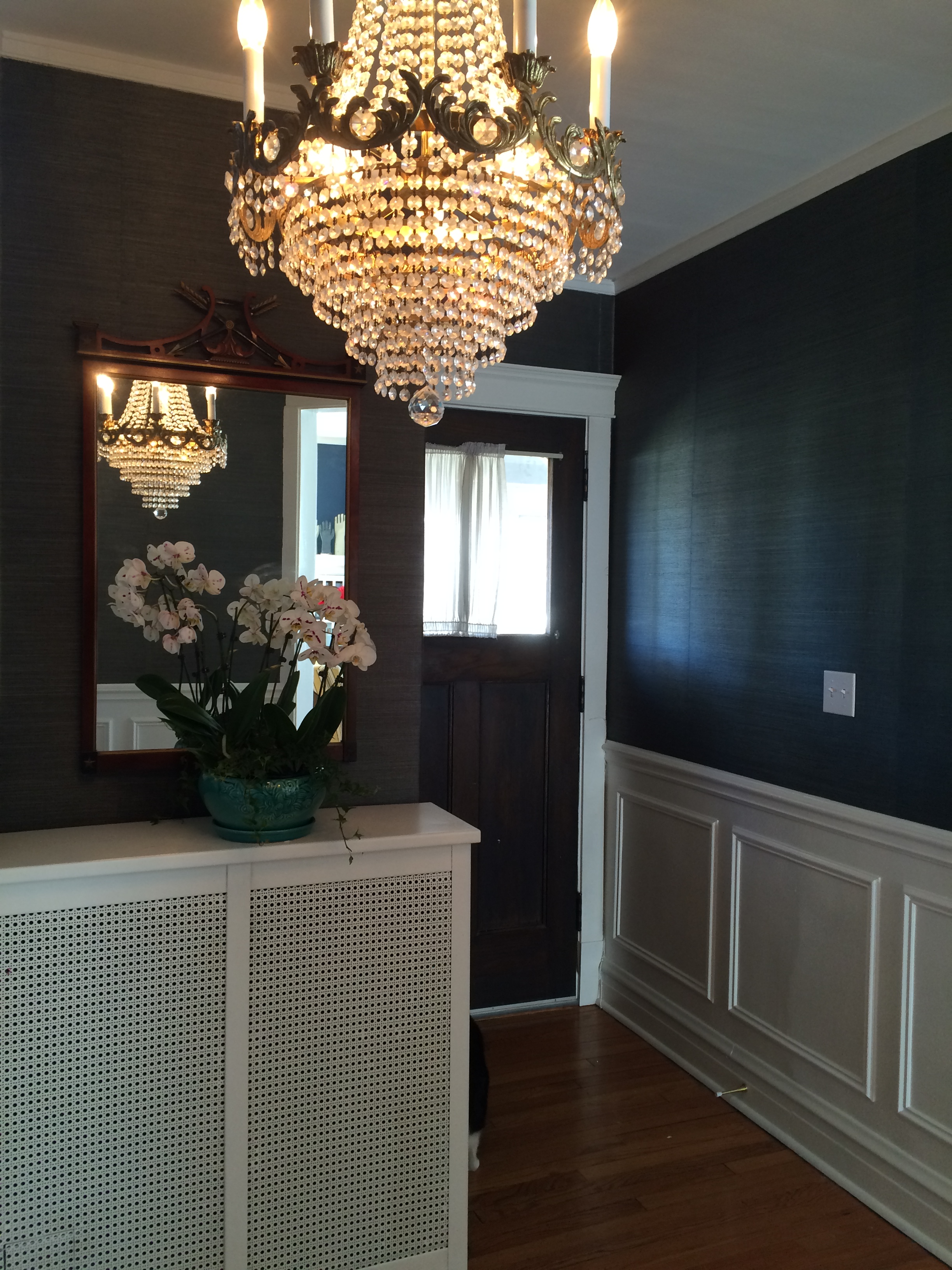 Before view toward the kitchen: 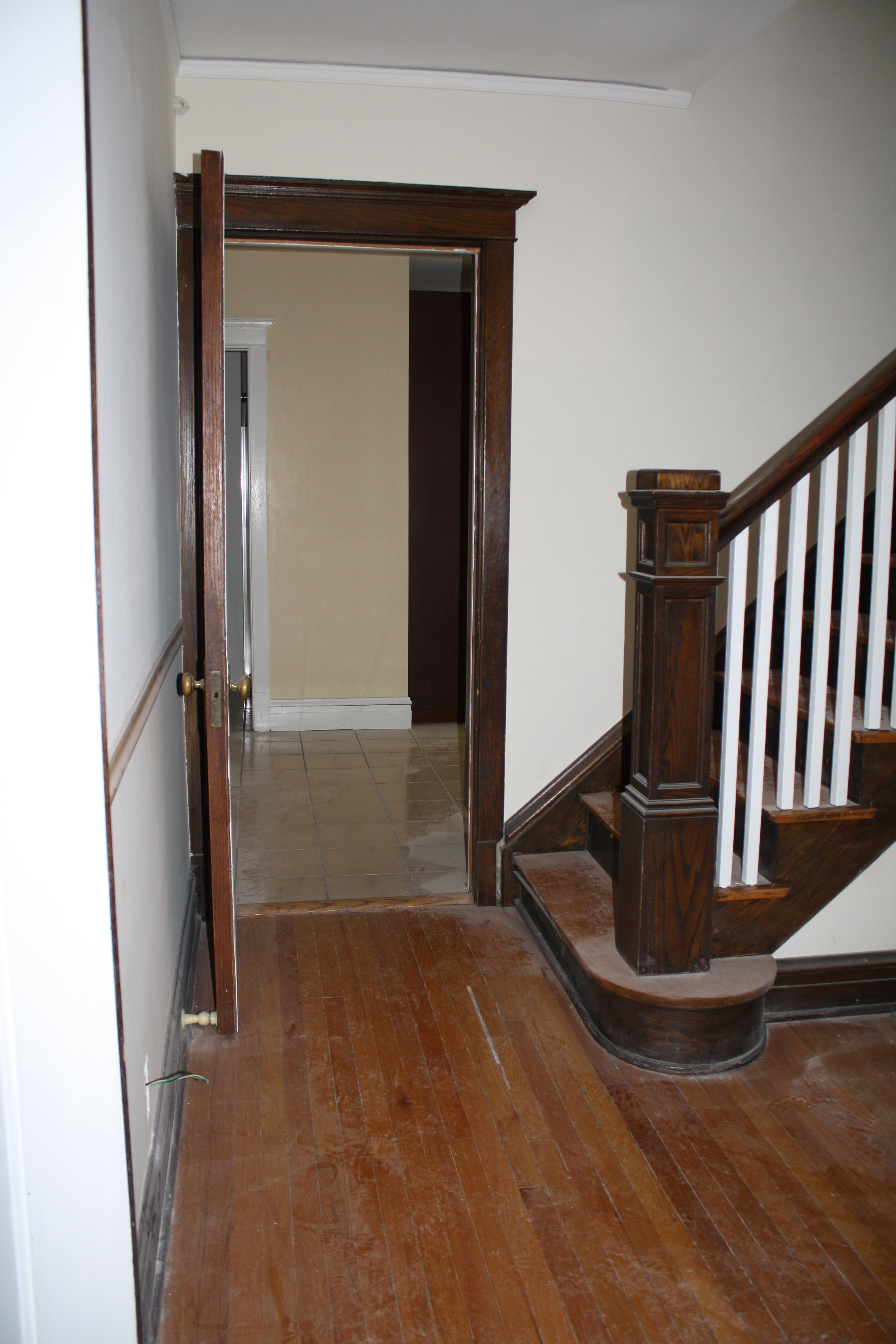 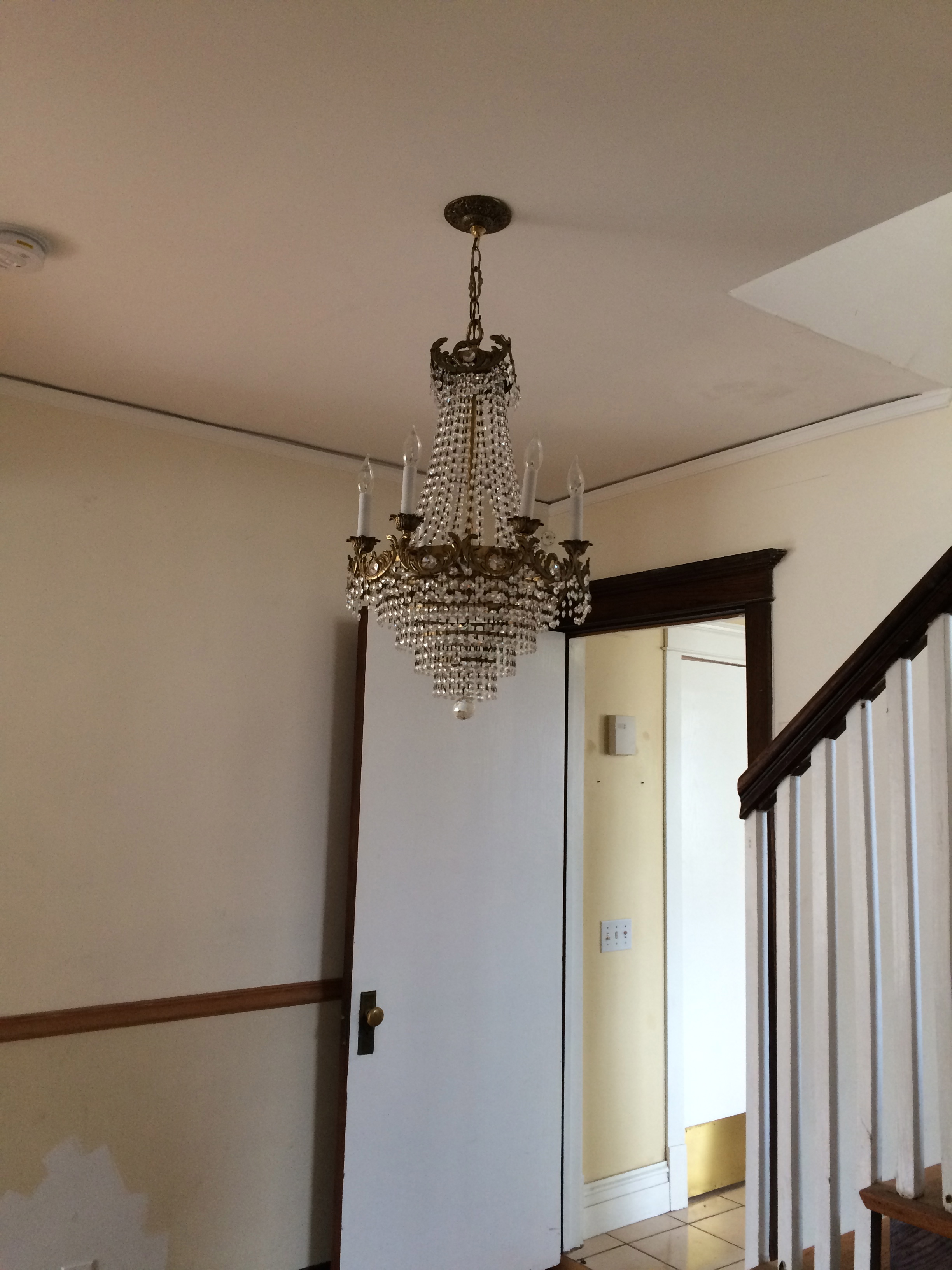 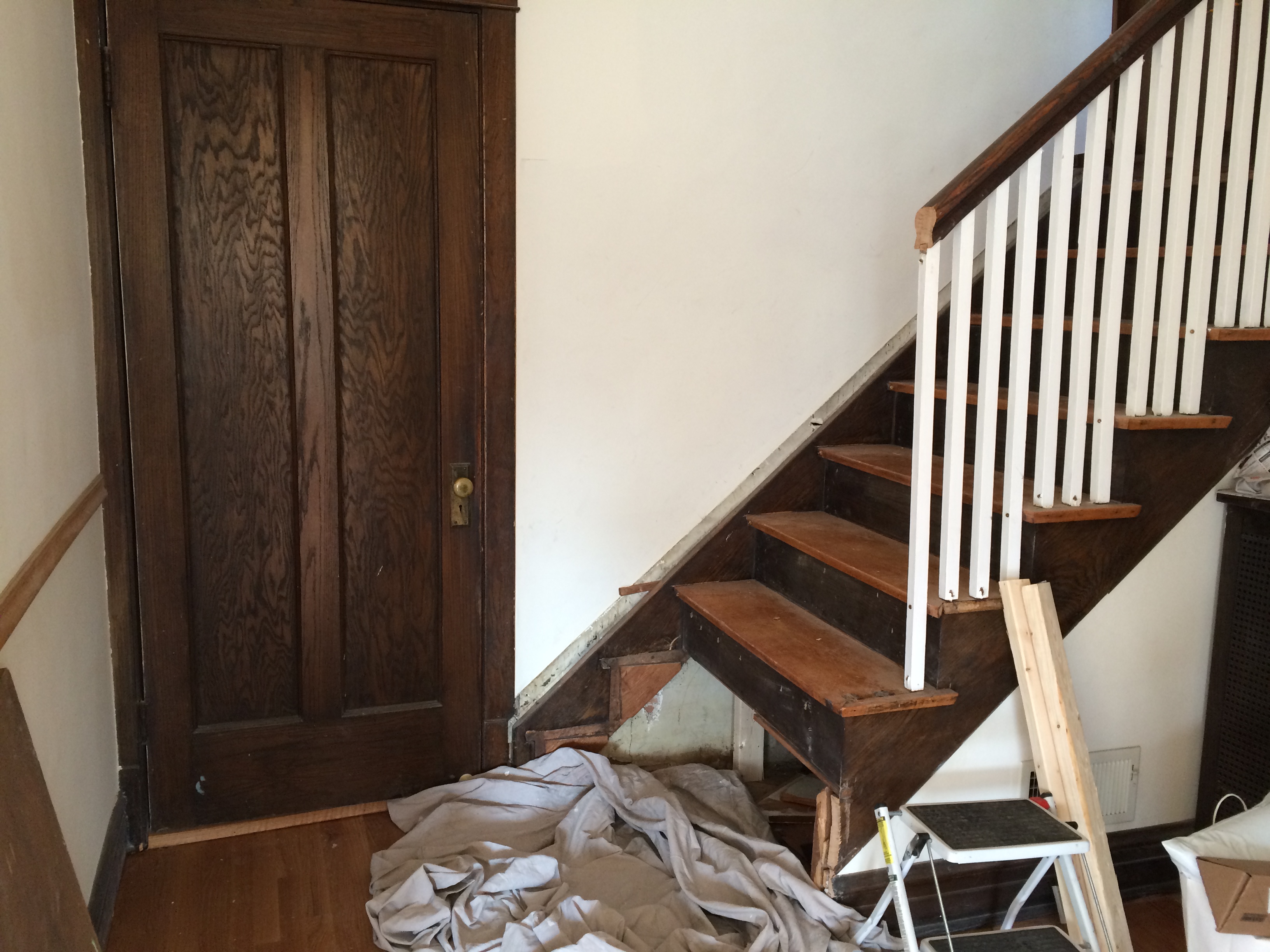 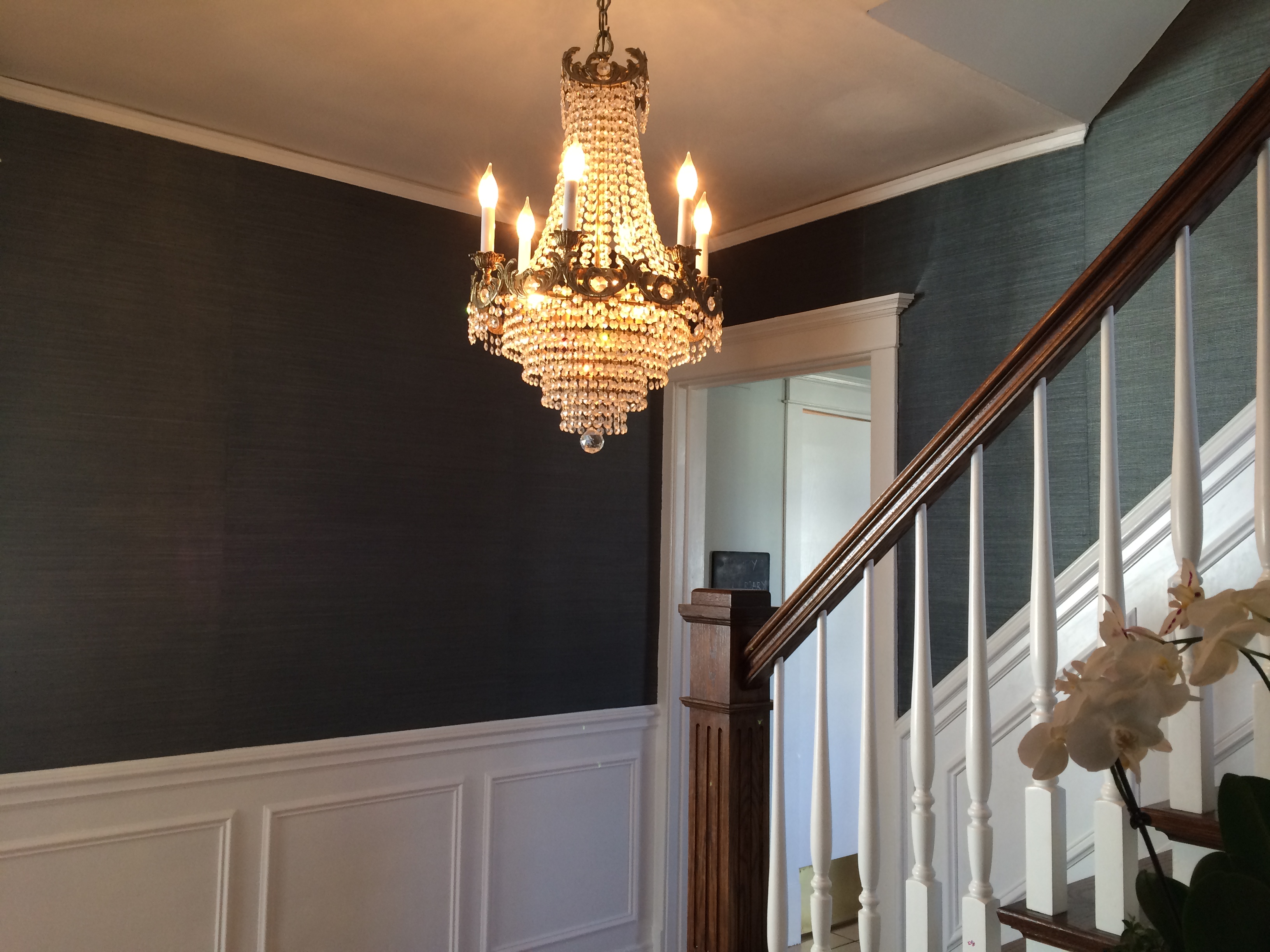 We removed the door that was here because it was unnecessary and in the way. We’ll save it to reuse it when we renovate the kitchen area.

So there it is! The completed entryway. For the huge pain and expense it turned out to be, at least it’s in a spot where everyone sees it. Just don’t think you’re getting out of there without hearing all about it.