This was a fairly straightforward redo because we decided to keep the white tile and fixtures. They are still in good shape and, after all, this is a 5-year-old’s room. He doesn’t need a luxe toilet. (You have to be out of diapers for at least 10 years before you qualify for one of those. Thems the rules.)

Step one was bleaching the joint from top to bottom, which made a huge difference. Then we painted the walls (Charlotte Slate by Benjamin Moore) and stained the unstained door to match the doors in the bedroom. (I forgot to take before photos of the door. Just imagine an untreated wood door. Now look at this after shot. Amazing, right?) 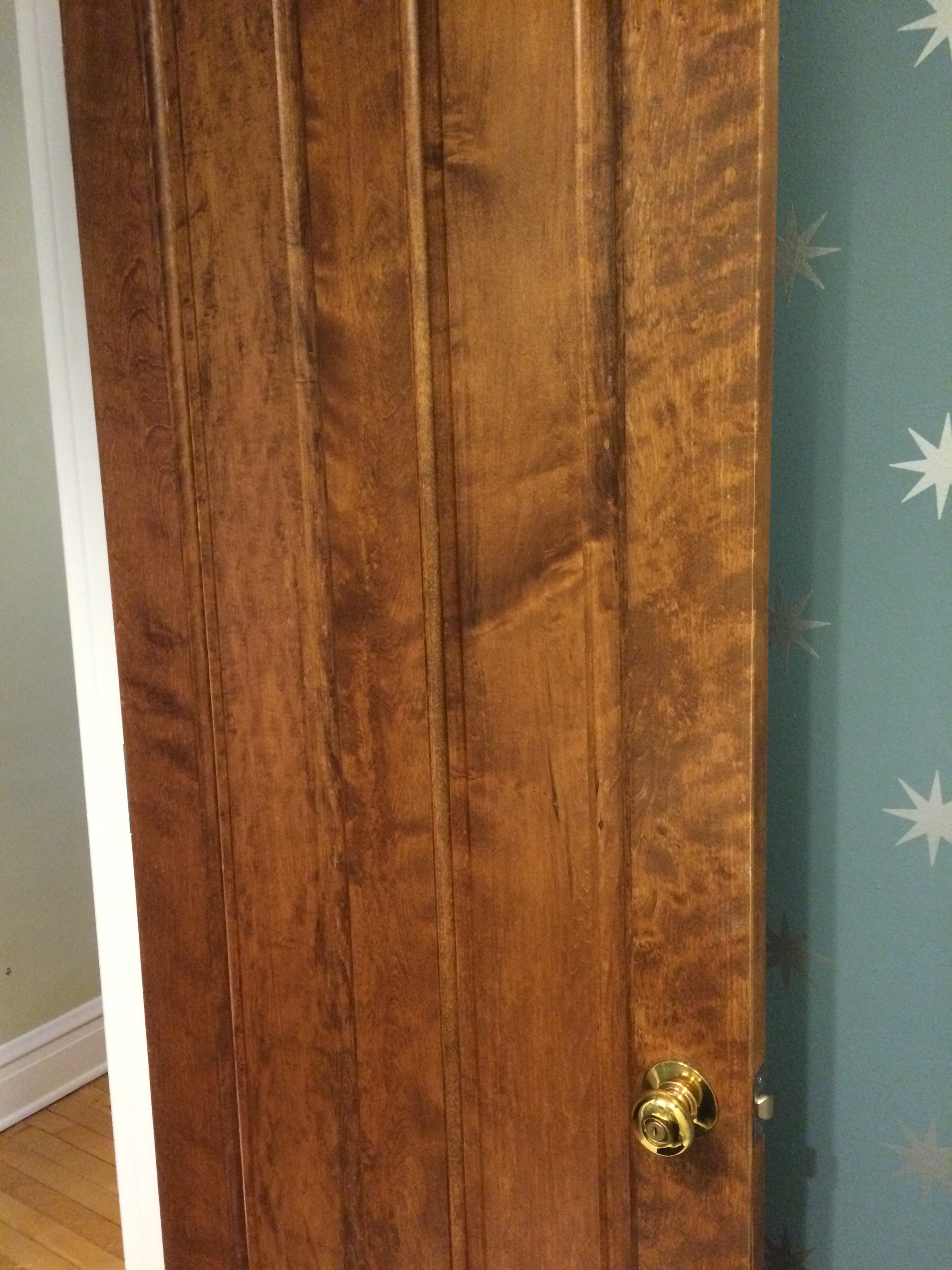 Then I wanted to replace the white towel racks so we could go with silver fixtures. This should have been easy. Andy went over one night to work on the house before we moved in, and I received this text:

“Tried to remove the towel rack. This happened. I have to stop now because I have lost my will to live.”

This was one of many projects that should have been a cinch and then turned into a frustrating nightmare. For whatever reason, these towel racks were installed to withstand chin-ups. So then there was a night of patching the hole, followed by a night of repainting. All for a silver towel rack. Worth it? Probably not. But once there are gaping holes in the wall, there’s really no going back.