While the wainscoting work was going on, we also painted the basement walls blue and green. It’s a kid’s playroom so we had license to go a little bananas with color.  Nobody is inspired to play Halloween dinosaur ghost* in a beige room.

*actual game played by my children at least once a week. 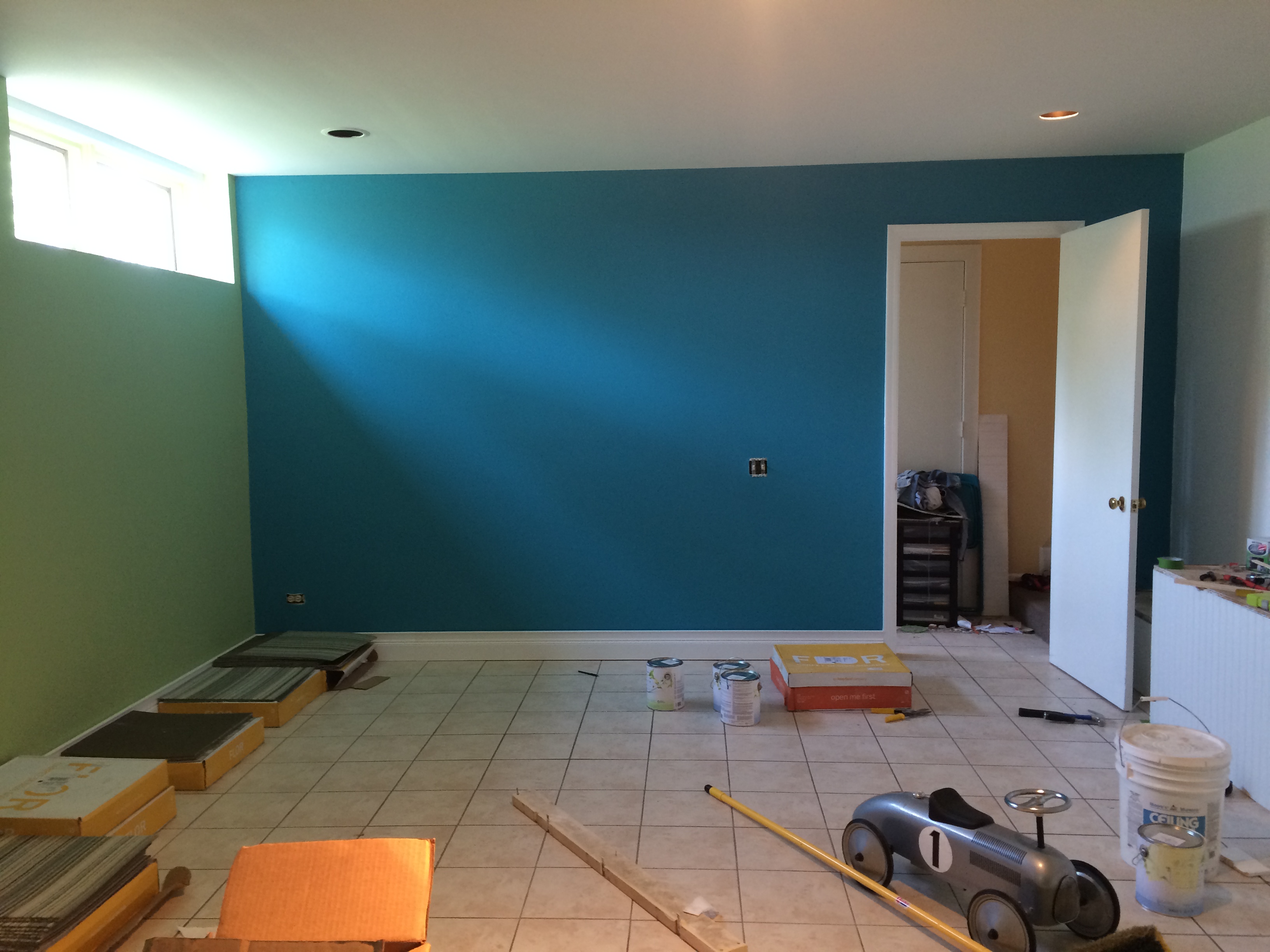 The north and south walls are Meridian Blue by Benjamin Moore. 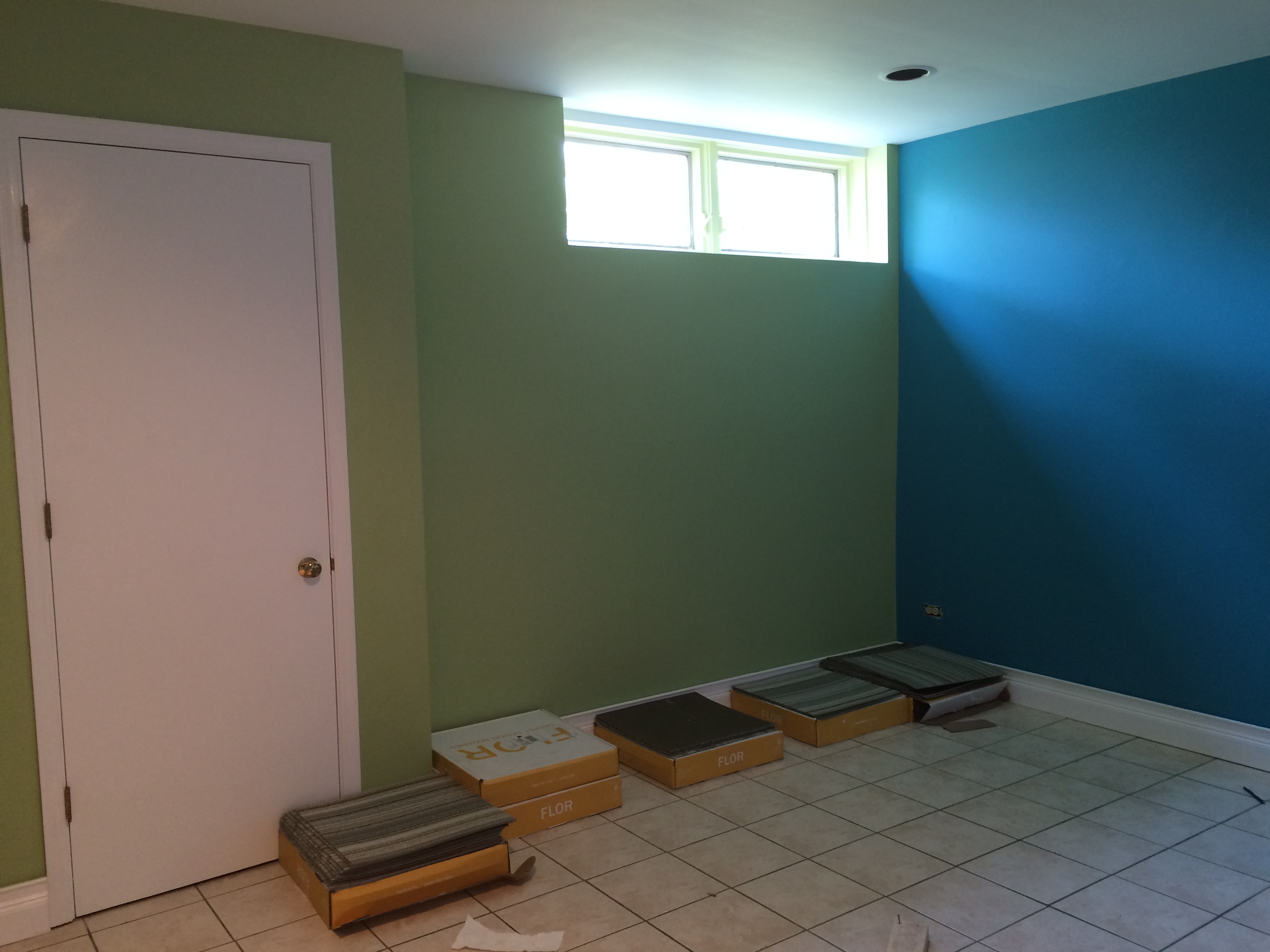 The west wall is painted with Shades of Spring, with yellow Banan-Appeal in the window wells to reflect the minimal light that comes in.

Just a note here because I don’t think I’ve mentioned it elsewhere–we used Benjamin Moore Natura throughout the entire house because I insisted on using zero-VOC paint. It’s odorless and there’s no subsequent off-gassing so it’s much healthier for your indoor environment–especially important for rooms where kids are going to spend a lot of time. We used low-VOC paint in the past that was a gummy nightmare to apply. Not so with Natura–it goes on like a dream. There’s my pitch. Use it. 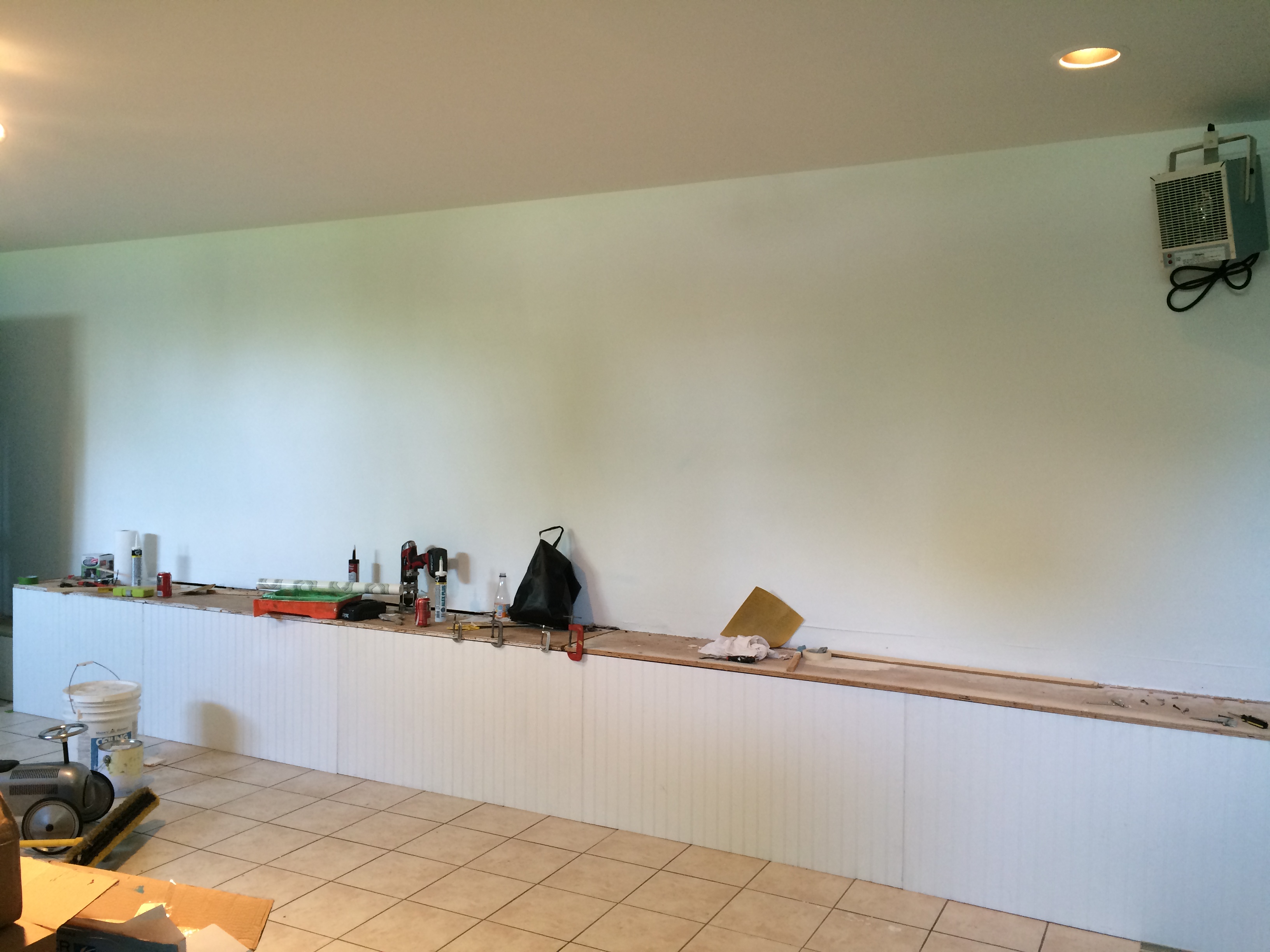 We left the east wall white so that we could decorate it with a stencil. We found a circle stencil pattern and used the wall colors from the other three walls. Here’s how it turned out:

The problem, of course, is that it looked incredibly stupid. Wah-wuh. So we scrapped that idea and my mom and I scoured wallpaper books looking for a pattern to complement the already painted walls. (Nothing like designing backwards.) We found this one: 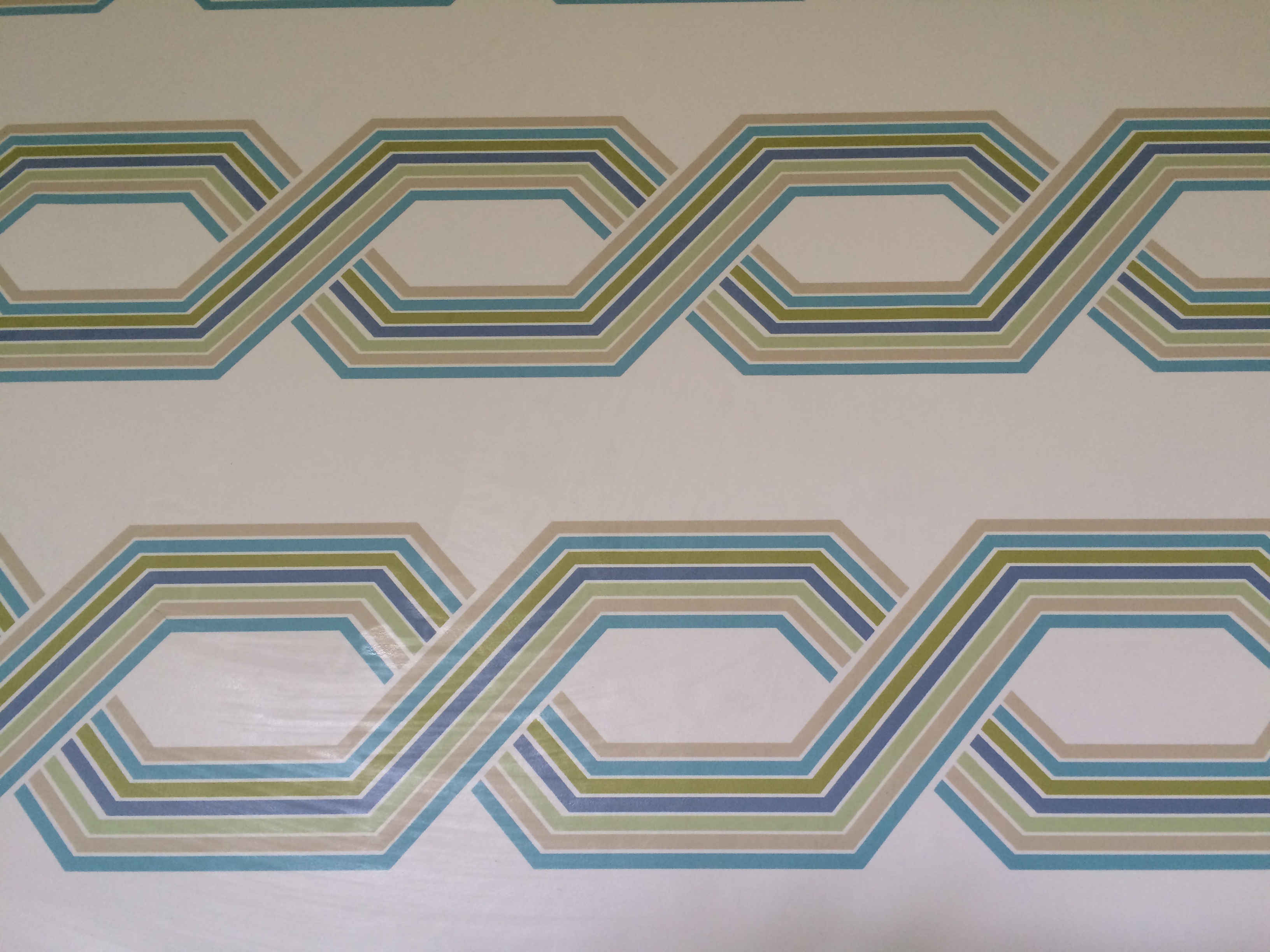 It’s supposed to be hung vertically but my mom had the idea to run it horizontally along the wall.