We weren’t sure what to do with the bench seating along the left side of the room. It probably worked well for resting between billiard shots, but it was a waste of space for our purposes. Also, the kids kept walking along the top and launching themselves onto the tile floor. We’re not made of ER co-pays, so we had to cover the ledge–at least until our kids outgrow their positions as President and C.E.O. of Bad Decisions, Incorporated. (They will, right?)

So as a refresher, here is the original look. (And no, that’s not the ghost on the right. This isn’t Three Men and a Baby. It’s just Andy’s shadow.) 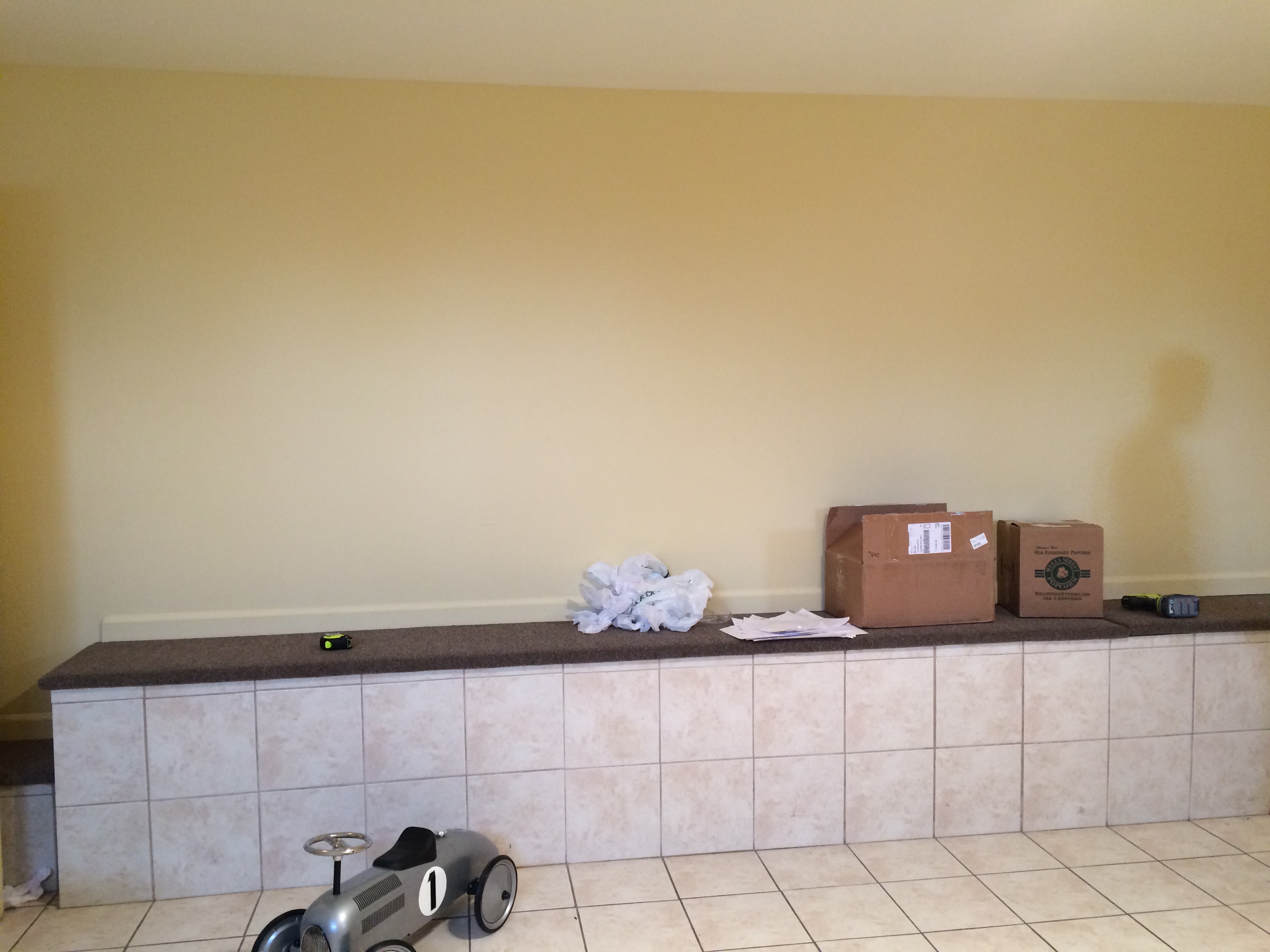 The first thing Andy did was gleefully rip out that weird brown carpeting on top of the ledge. The right portion of the seating opened into a deep storage cabinet, revealing a complete human skeleton. No, just kidding. It only contained a retro boom box that had probably been sitting there untouched since the addition was completed in 1988. We had a quick Billy Ocean dance party and then added it to the donation pile. (The boom box, not Billy Ocean. He’s a timeless treasure.)

Andy replaced the top of the ledge with new plywood to keep the surface even. Then we had to figure out what to do about the tile that was everywhere in the room. All those grout lines had kind of a TRON effect. It would have been really expensive and a huge mess to replace them, not to mention that every time we remove something, we uncover four more problems. (I think that was Jay-Z‘s original lyric —  “I’ve got one problem and then I find four more” but it didn’t rhyme so he scrapped it. He was so frustrated that eventually he had 99 problems and history was made. That’s a true story I just made up.)

Our solution was to cover the tile along the ledge with white wainscoting. We painted the wainscoting sheets before they were applied to the wall, and then Andy attached them to the tile with a combination of glue and liquid nails. Here it is in progress: 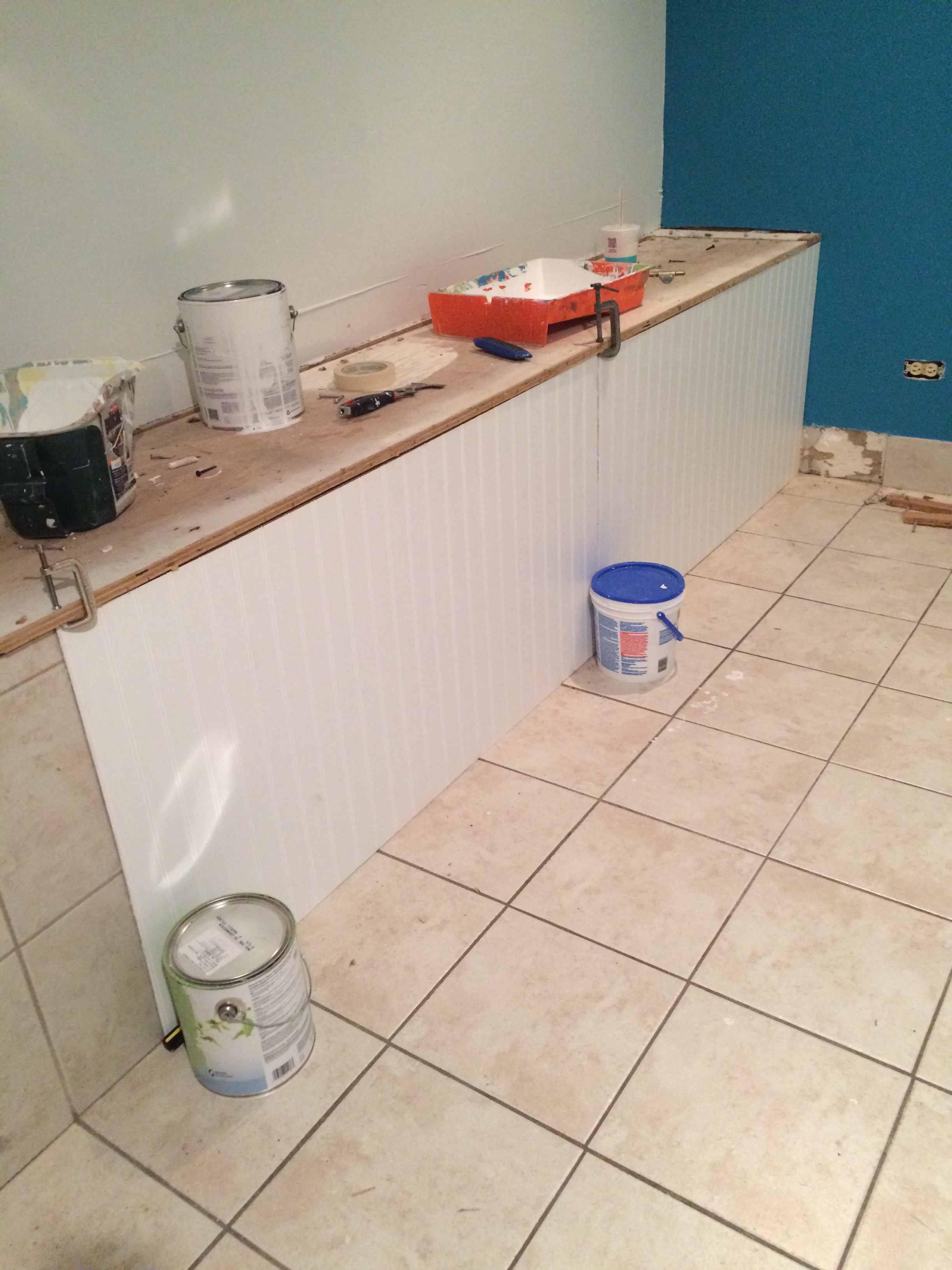 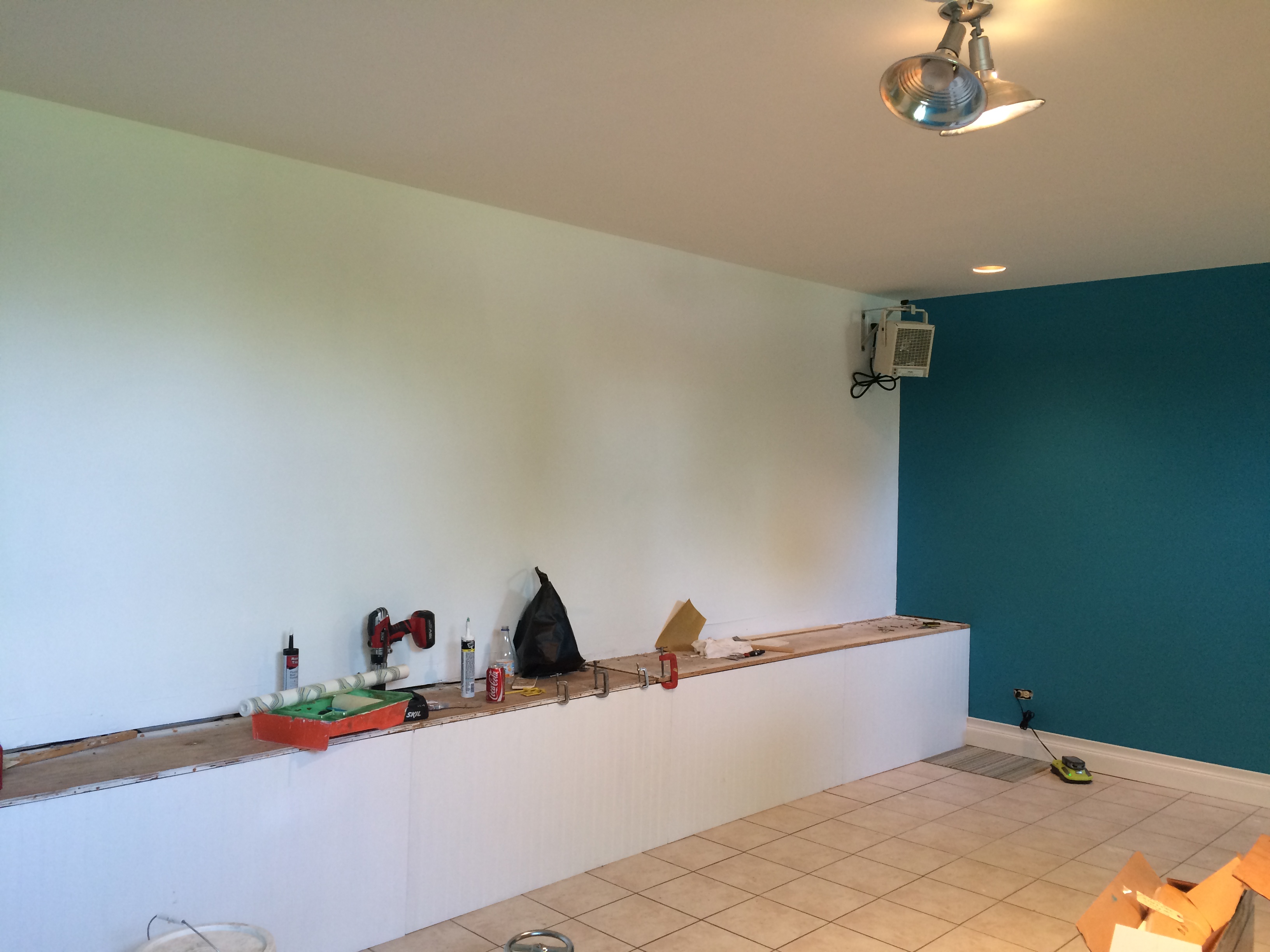