I wanted to do a quick post on some of the dinosaur accents throughout the room because they are all so adorable. 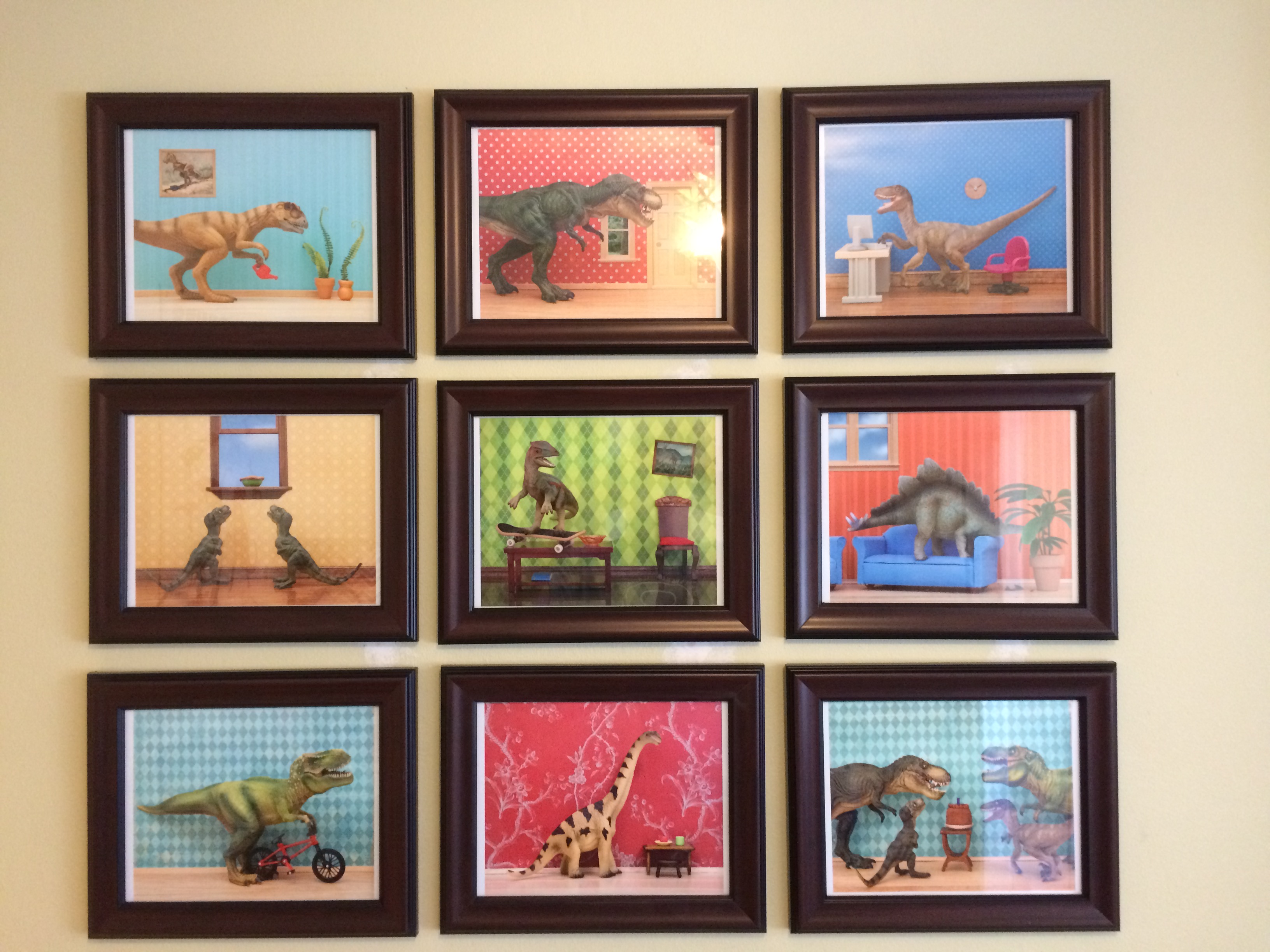 I found these really great prints on Etsy from Wild Life Prints. If dinosaurs aren’t your thing, they have all kinds of animals to choose from. 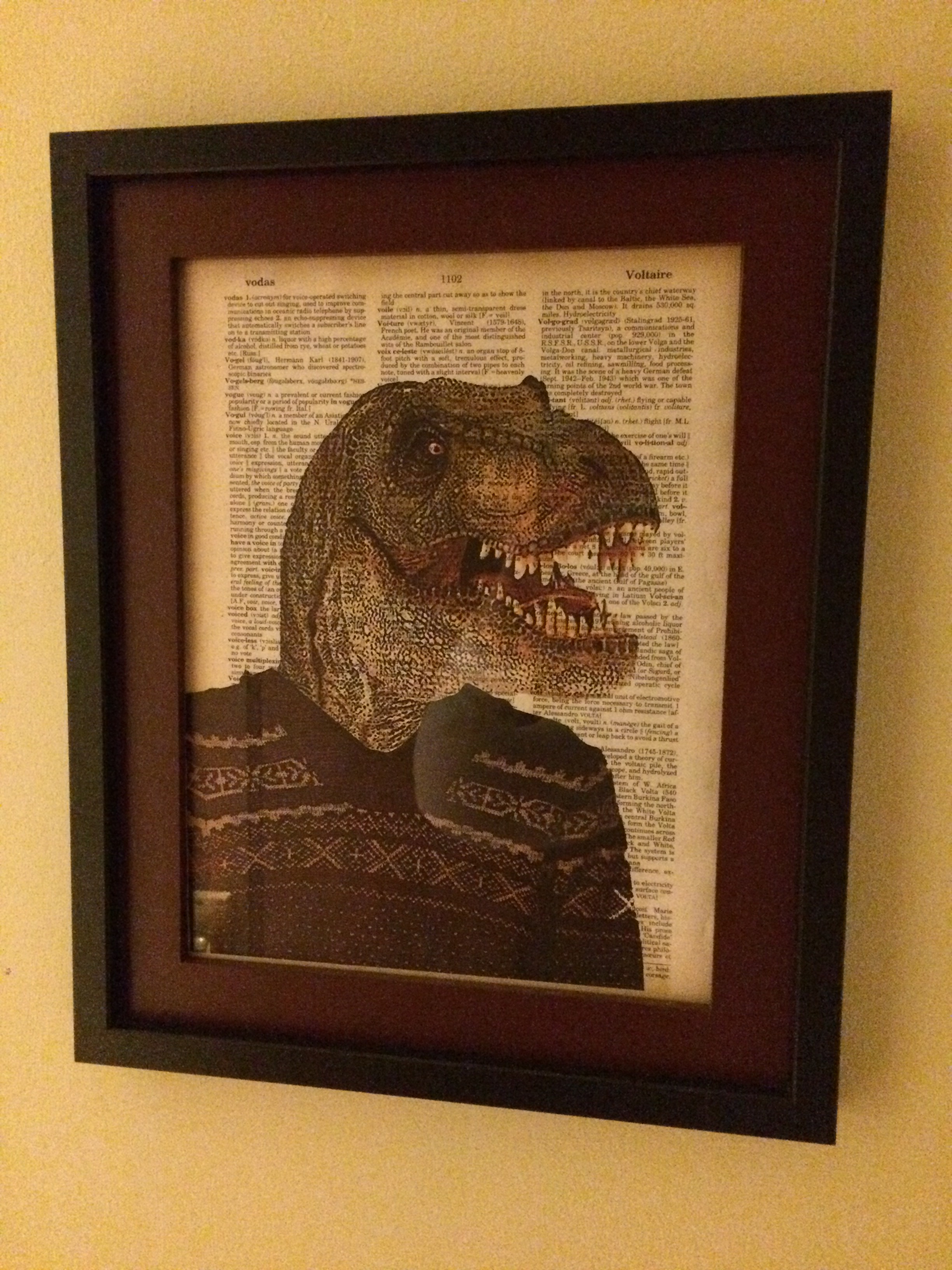 This gem of a print–a T-Rex in a Cosby sweater — is available on Etsy from CollageORama. 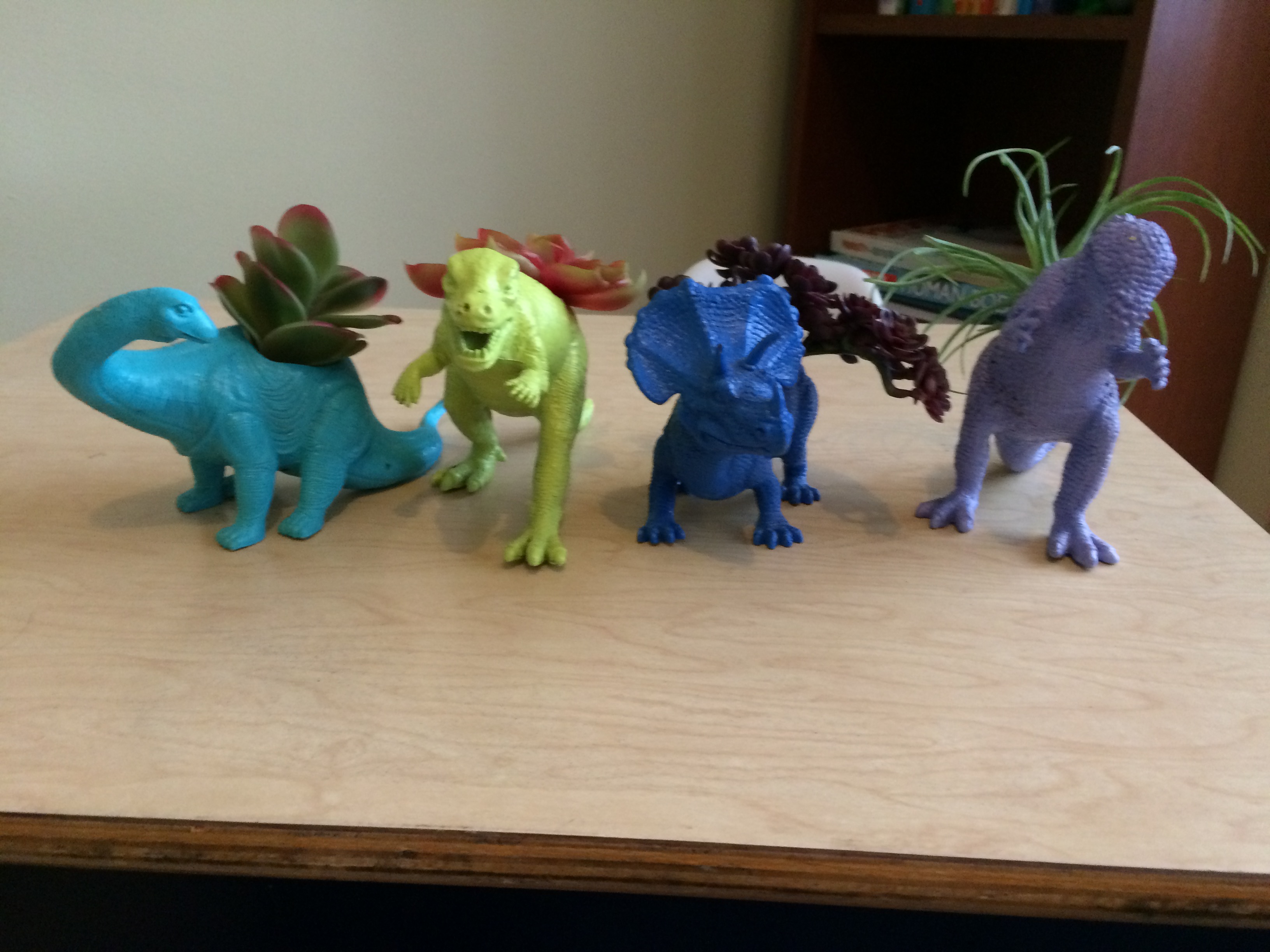 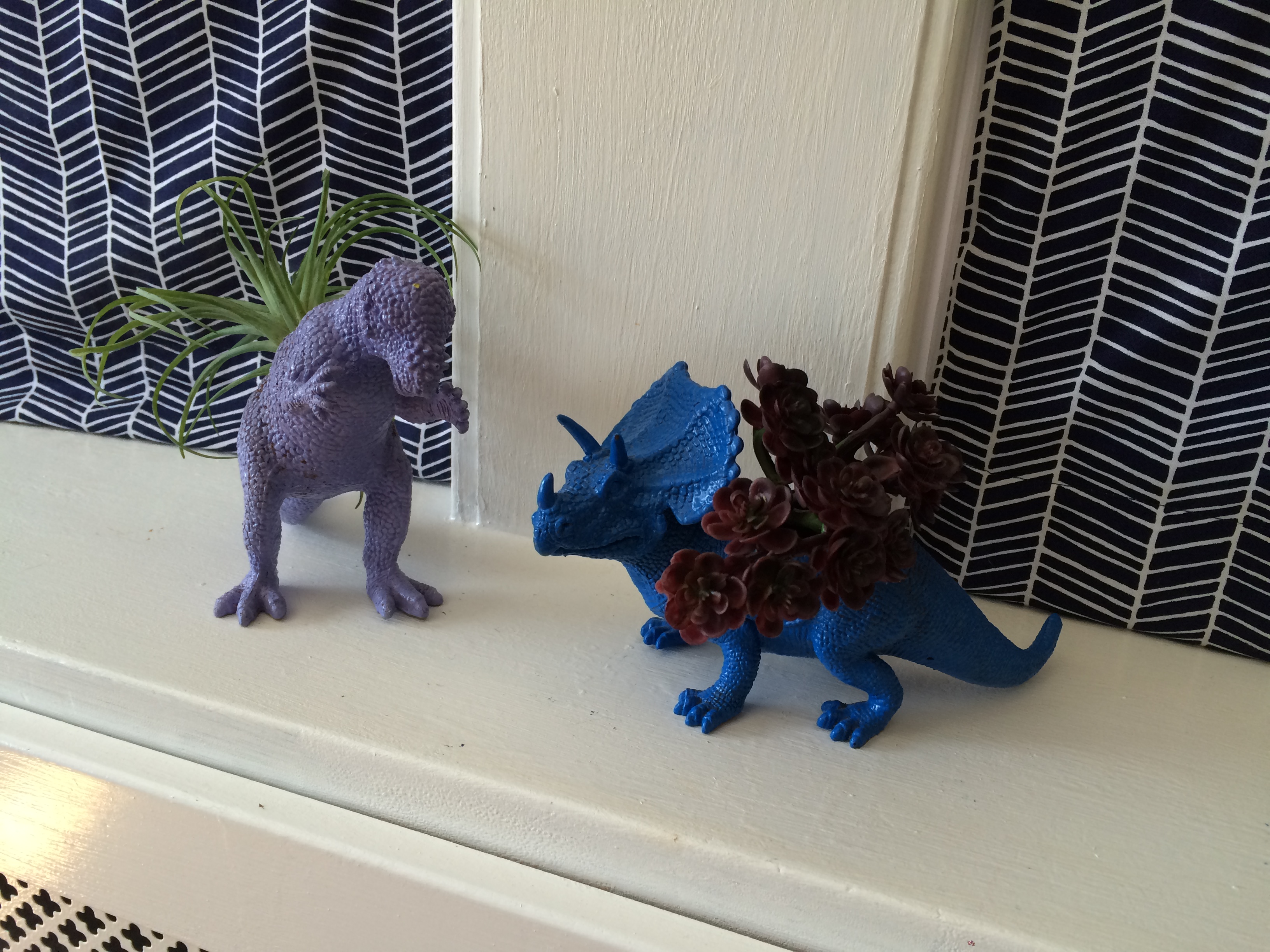 I scattered dino planters along the window ledge in the bed area. I originally planted real succulents in them and roughly four seconds later, the kids had spread dirt all over the room. Andy said, “I feel like that’s on you.” Fair enough. Now they are dirt-free and planted with plastic succulents. I would also like to note that when I purchased these on Etsy from Crazy Couture, both my husband and my mom scoffed that we could have made them ourselves. Probably. But sometimes you just need to make purchases to forward the plot. Worth it. 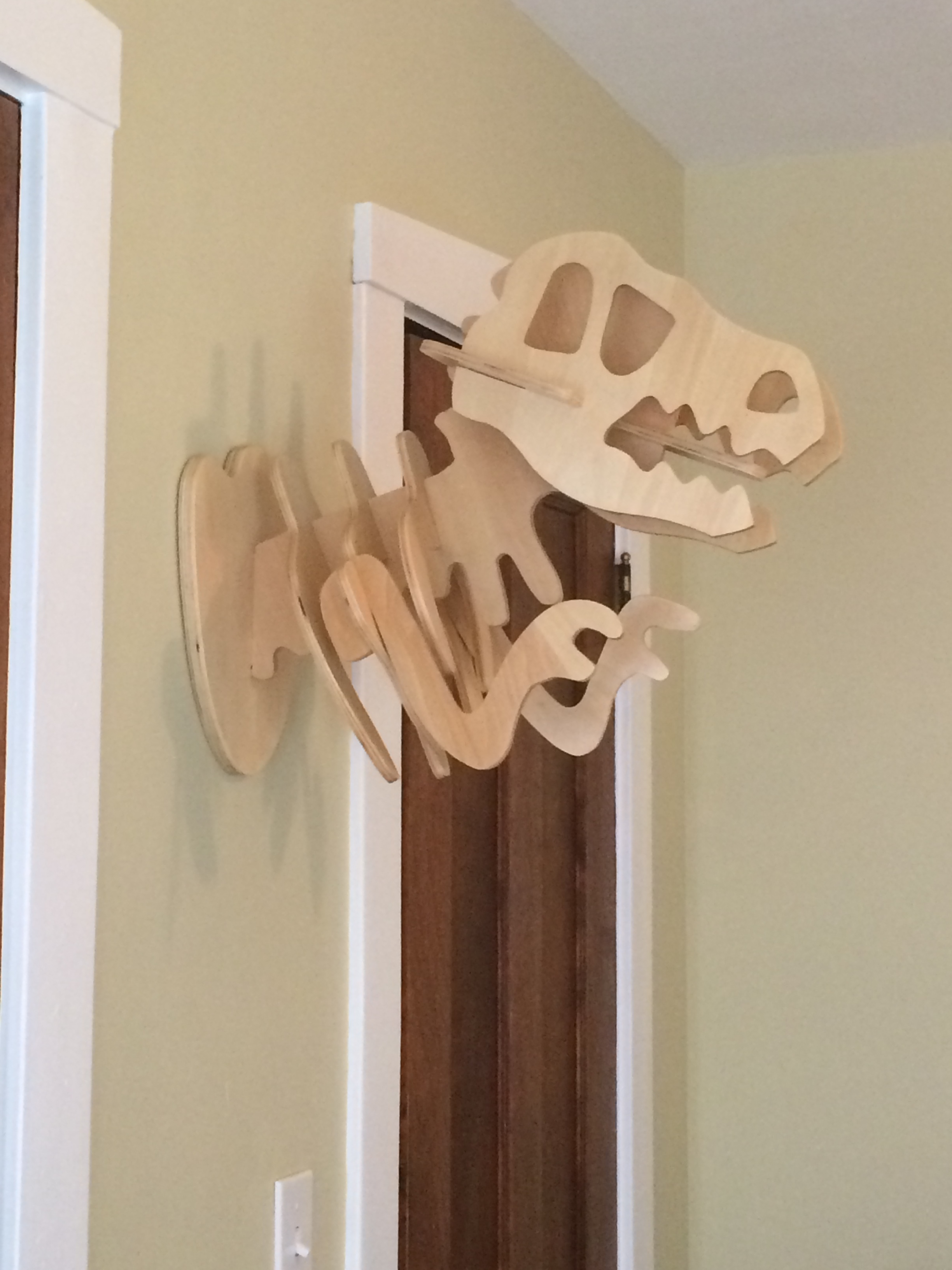 This awesome mounted T-Rex fossil is the view from the bed. It was a gift from the grandparents. I believe it came from Pottery Barn Kids, but I don’t think it’s available anymore. 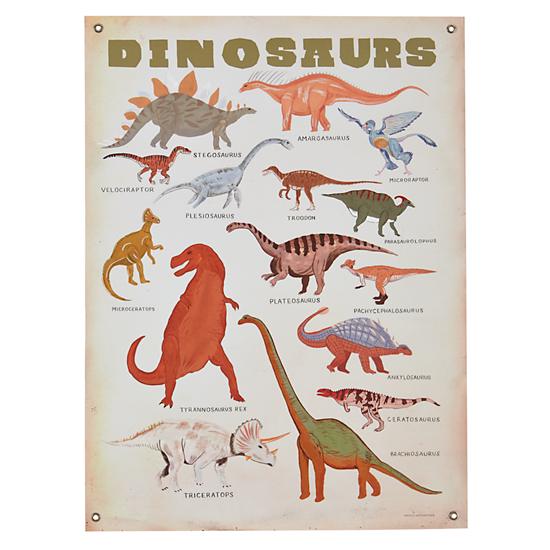 This Paleontology 101 Banner came from The Land of Nod.